Lok Sabha Elections 2019 are supposed to be held in the year 2019 and might start from first week of April. There are 2 main alliances contesting Lok Sabha Elections 2019 - National Democratic Alliance which consists of BJP & Allies and the other one is the Grand Alliance which consists of Congress and all major regional parties. It is for the first time that their is a grand alliance has been formed with all regional parties uniting again BJP to dethrone them in 2019 elections.

Indian General elections are due to be held in India by 2019 to constitute the seventeenth Lok Sabha.

The Lok Sabha Election Schedule likely to be announced in March first Week.

1. AIADMK Minister says in Poll Alliance, "Anything can happen in politics."

2. BJP will alone contest in 17 Lok Sabha Seats in Telangana.

The complete list of those who have been elected unopposed:

Advantage BJP in Lok Sabha 2019 polls, Congress might get a boost: ABP-CSDS survey. 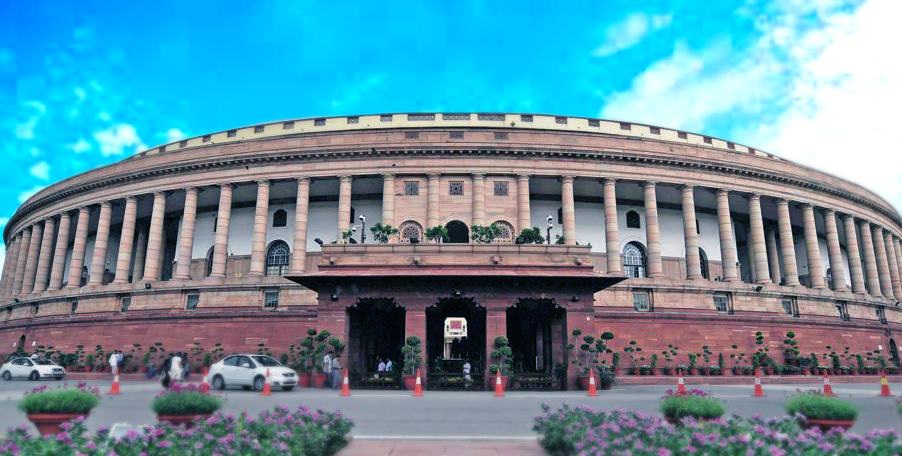 The Karnataka elections are over but the implications of a decisive yet divisive mandate seem to be hitting the BJP hard in the state. The JD(S) and the Congress have stitched together a coalition and are likely to win the floor test convincingly — a sign of things to come for the BJP? Even in the Gujarat election, the Congress put up a good show, in fact scoring a moral victory over an electoral defeat.

If the minutes of a survey is to be considered, the time ahead will not be easy for the BJP and Prime Minister Narendra Modi. A survey conducted by ABP-CSDS predicts losses for the BJP in Rajasthan and Madhya Pradesh, both of which are scheduled to conduct assembly elections later this year.

Here are the numbers:

Bihar: Comfort for the BJP-JD(U) combine. The Nitish Kumar-led government has been able to keep the state happy, the survey suggests, adding that the alliance will perform exceptionally well, pipping Congress-RJD should elections be called in Bihar today.

Maharashtra: The survey pegs the vote share for NDA at 48 percent, UPA at 40 percent and the rest at 21% if the state goes to polls today. There is a hurdle for the BJP though — it will have to fight the polls with Shiv Sena, an ally that isn’t inclined to join forces with the party at the moment.

Gujarat: The survey indicates a surge in support of the Congress party and a drop in figures for the BJP. The survey pointed out that even though the margin of vote share between the Congress and the BJP is decreasing, the BJP still maintains a lead in the state with 54 percent vote share against Congress 42 percent.

West Bengal: Mamata Banerjee’s Trinamool Congress (TMC) remains dominant with a possible 44 percent vote share, while the BJP may get just 24 percent in the eastern state, the survey suggests.

Eastern India: NDA continues to be people’s choice in eastern India. If Lok Sabha elections are held today, the NDA will likely get 86-94 out of 142 seats; UPA 22-26 and others 26-30, the survey suggests.

Western and Central India: NDA continues to maintain a lead over the UPA

In 2014, 51 percent supported NDA, 28 percent UPA while 21 percent others. According to the survey, 60 percent of people have supported NDA, while UPA is backed by just 34 percent citizens and 6 percent others. The overall numbers have projected that the NDA will win 274 seats, while the UPA will get a boost with 164 seats as against 60 in the 2014 general elections. Other parties should get around 105 seats, the survey has suggested.

Survey Stats: A total of 15,859 respondents participated in the survey conducted across 19 states between April 22 and May 17.

North East Delhi is one of the nine administrative districts of Delhi, India. The District was established  in 1997. North East Delhi borders Yamuna River on the west, Ghaziabad District to the north and east, East Delhi to the south, and North Delhi to the west across the Yamuna. This area is densely populated with very slow development as compared to other districts. No development took place here even during common wealth games makeover of other districts of Delhi.

The Municipal Corporation of Delhi (MCD) was a municipal corporation, an autonomous body that governs 8 of the 11 Districts of Delhi, in the state of Delhi, India. "The MCD was among the largest municipal bodies in the world providing civic services to more than estimated population of 11 million citizens in the capital city. The municipal corporation covers an area of 1,397.3 km² (539.5 mi²). 272 Seats/Wards are there - North and South civic bodies with 104 members each and the East civic body with 64 members.

Villages in North East Delhi are divided into three administrative villages: Shahdara with no sub-villages, Seema Purl with one sub village, Mandoli, and Seelam Pur with twelve sub-villages:

The region shares more than 4,500 kilometres (2,800 mi) of international border (about 90 per cent of its entire border area) with China (southern Tibet) in the north, Myanmar in the east, Bangladesh in the southwest, and Bhutan to the northwest.

Agartala: Tripura’s ruling allies Bharatiya Janata Party (BJP) and Indigenous Peoples Front of Tripura (IPFT) are set to contest against each other in the bye-elections in the three-tier panchayats on September 30.

"The BJP didn't advise us regarding alliance for panchayat bypolls. They discussed with our president N.C. Debbarma on Thursday. We have decided to contest separately and shall field candidates against each other," Mangal said.

The Opposition Congress earlier said it would contest all seats of three-tier panchayats on September 30 and the CPM said it would try to contest in as many seats as possible.
BJP leader Pitambar Acharya slammed the ruling party saying there has been no official discussion on advancing Lok Sabha polls. “The ECI takes a call on election schedule keeping in mind a number of factors. I can’t understand the logic behind approaching the ECI with a memorandum,” said Acharya.