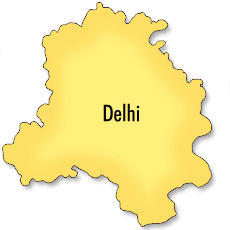 All Parties have announced their complete candidate lists. since 3rd April was the last date of Nomination.

It is expected the elections may happen in April this year. Apart from the Bharatiya Janata Party, the Aam Aadmi Party also has Yogendra Yadav’s Swaraj India competing in the important civic polls.

AAP released  second list of 89 candidates which has 51 women and has several candidates who have been loyal to the party since it was formed. The party has released the first list on February 24 in which the party had disclosed names of 119 candidates. The rest are likely to be named within a week

Yogendra Yadav said that they have given priority to the women and the youth while selecting the candidates. Of the 25 candidates declared today, 11 are women and among them, two have been fielded from the general seat, which is not reserved for women.

The Municipal Corporation of Delhi (MCD) was a municipal corporation, an autonomous body that governs 8 of the 11 Districts of Delhi, in the state of Delhi, India. It was one of three municipal corporations in the National Capital Territory of Delhi, the others being New Delhi Municipal Council, and Delhi Cantonment Board. "The MCD was among the largest municipal bodies in the world providing civic services to more than estimated population of 11 million citizens in the capital city.

In 2012, Delhi was divided into three zones: North, East, and South.