INC Congress has till date released 105 candidates out of 105 alloted to it in SP - INC alliance. INC in its first list had released list of 43 candidates. BSP, SP and BJP all have released their candidates list for first three phases elections. INC and SP have released all its list candidates.

Also Read: UP Opinion Poll 2017- Summary of all polls.

The Congress Second Candidate List contains 25 candidate names. The party has till now released list of 68 candidates after alliance with Samajwadi Party. As per the sear agreement between both parties, Congress will contest on 105 seats out of 403 seats. 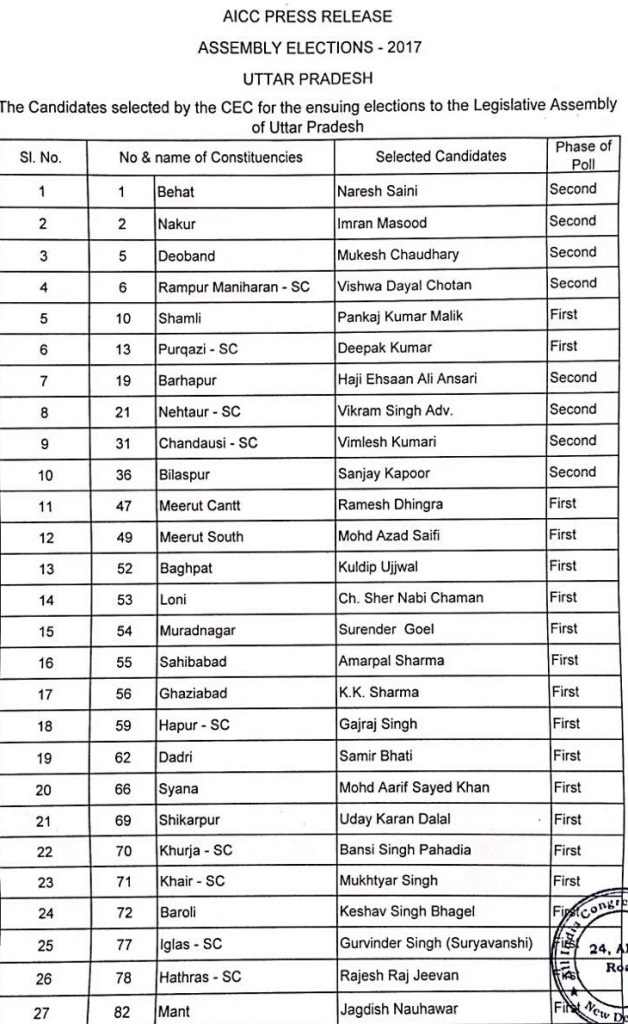 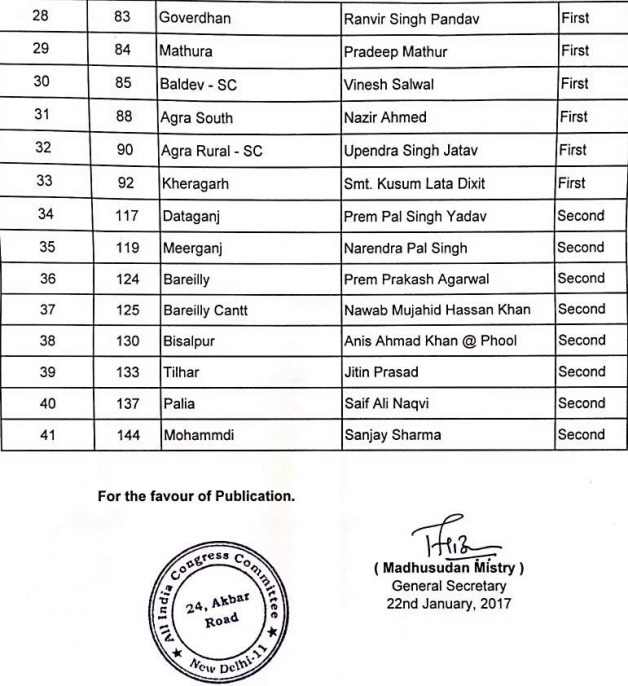