Andhra Pradesh is a state in southern part of India and has 42 Lok sabha constituencies. We bring to you Andhra Pradesh election results starting from 1951 to 2009 Parliamentary elections.

According to NDTV, in Telangana region TRS and INC are going strong. As far as Lok Sabha elections are concerned following are the fig.

In Seemandhra TDP and YSRC are going strong with following forecast published by NDTV, TDP - 15

The map below shows the number of seats won by a political party in the 2009 Andhra Pradesh Parliamentary elections. The results for 2009 showed that the newly formed Praja Rajyam party headed by superstar Chiranjeevi won 16% of the toal vote share. This probably helped Congress, even though it lost 2.6% of vote.

According to Exit Poll Results following are the figures :- 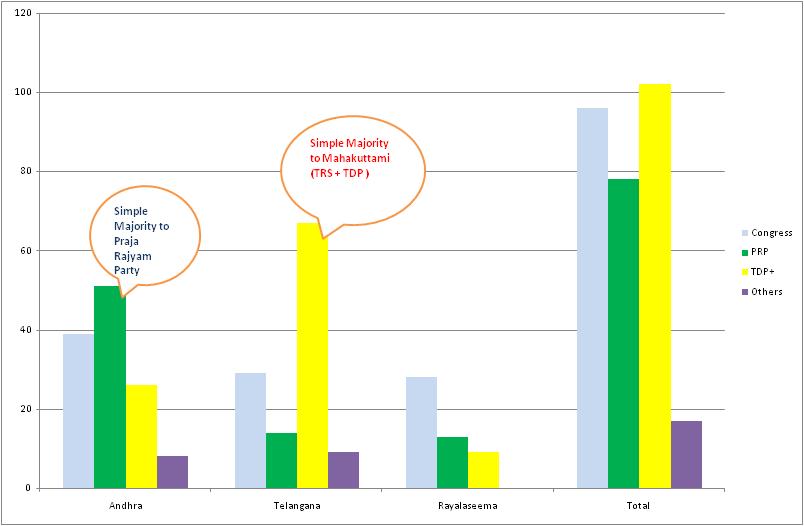