Samajwadi Party has decided to form alliance with Congress for upcoming UP Elections 2017. SP will contest on 298 seats on its own and the remaining 105 seats will leave for Congress.

The ruling Samajwadi Party (SP) released its first list of 191 candidates for the upcoming elections in Uttar Pradesh. The candidate list covers the first three phases of polling on February 11, February 15 and February 19. Both the BJP and the BSP have announced their candidate lists for the first phase of elections.Former state president Shivpal Yadav, also the arch-rival of chief minister Akhilesh Yadav, has been allocated ticket from Jaswantnagar from where he was victorious in 2012. Other leaders  include Arvind Singh Gop, Naresh Agrawal’s son Nitin Agrawal (Hardoi), Azam Khan’s son Abdullah Azam (Suar), Hassan Rumi (Kanpur Cantt), Sunil Choudhary (Noida) and Gaurav Swaroop (Muzaffarnagar). Gop has replaced Beni Prasad Verma’s son Rakesh Verma, earlier expected to be fielded. The candidate list has covered much of the seats in the districts of Muzaffarnagar, Shamli, Meerut, Baghpat, Ghaziabad, Bulandshahr, Hapur, Aligarh, Mathura, Saharanpur and Bijnor.

Aparna Yadav, wife of Mulayam Singh Yadav's second son Prateek, from Lucknow Cantt seat as it released its fourth list, comprising 31 candidates, for the Uttar Pradesh Assembly polls. She will contest against Rita Bahuguna from BJP. 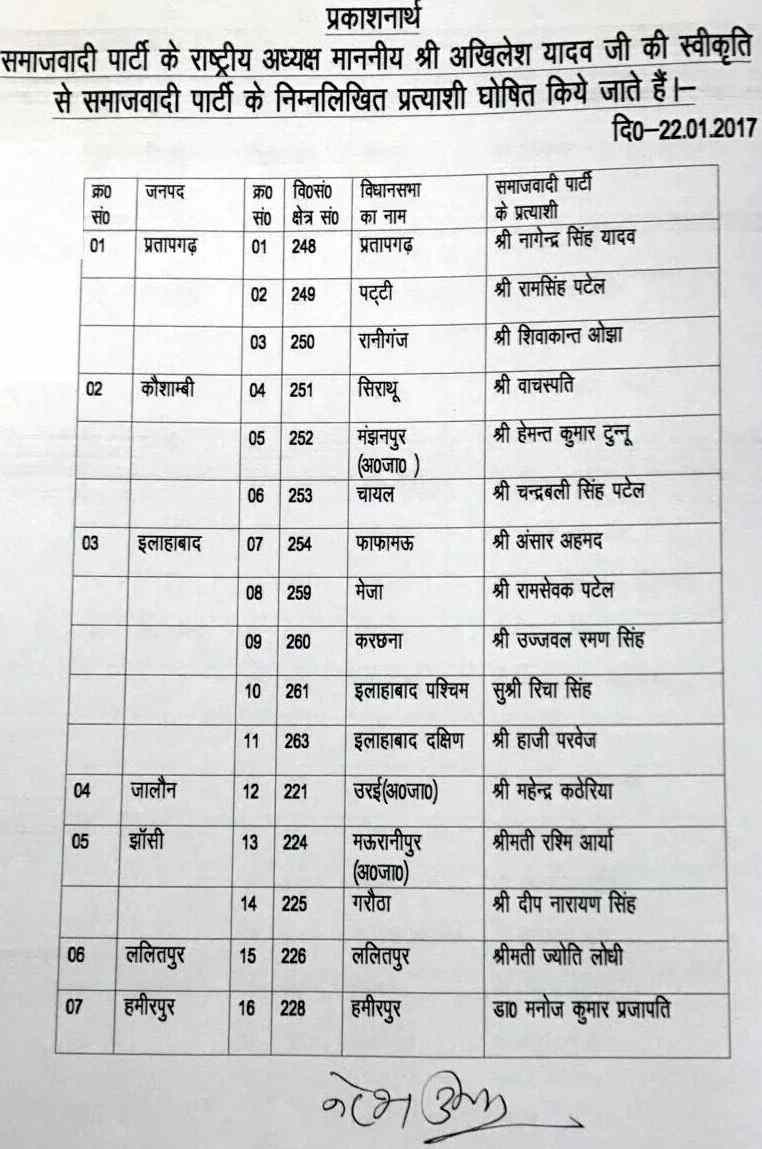 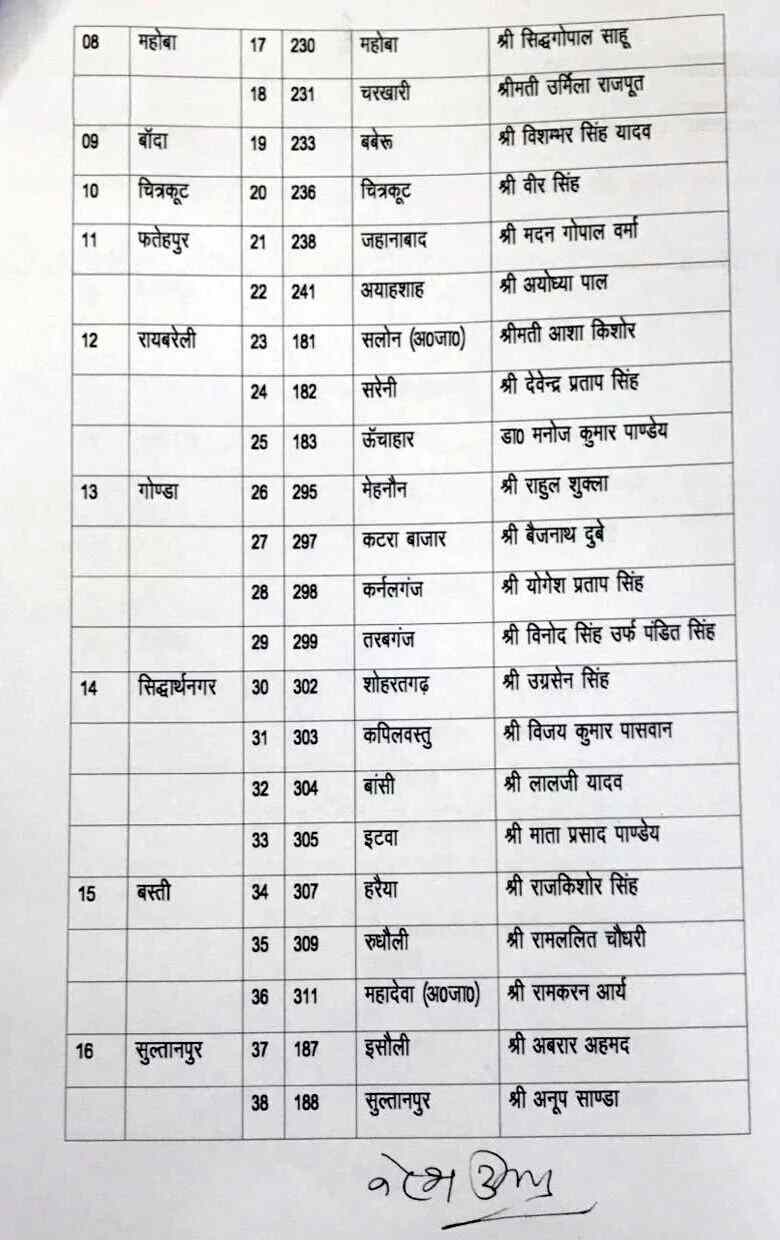 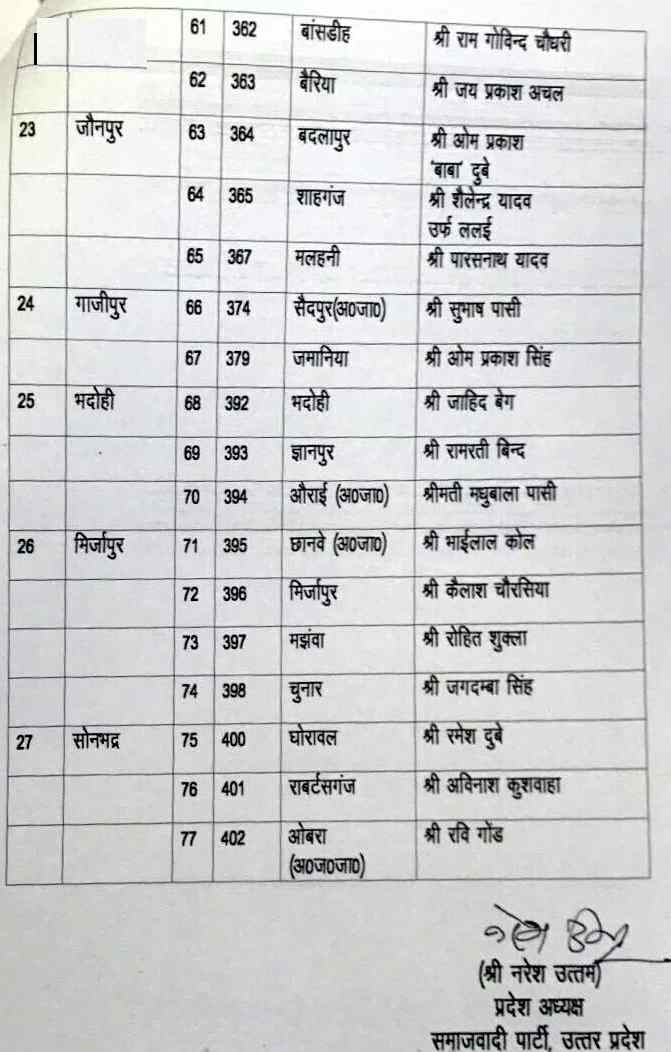 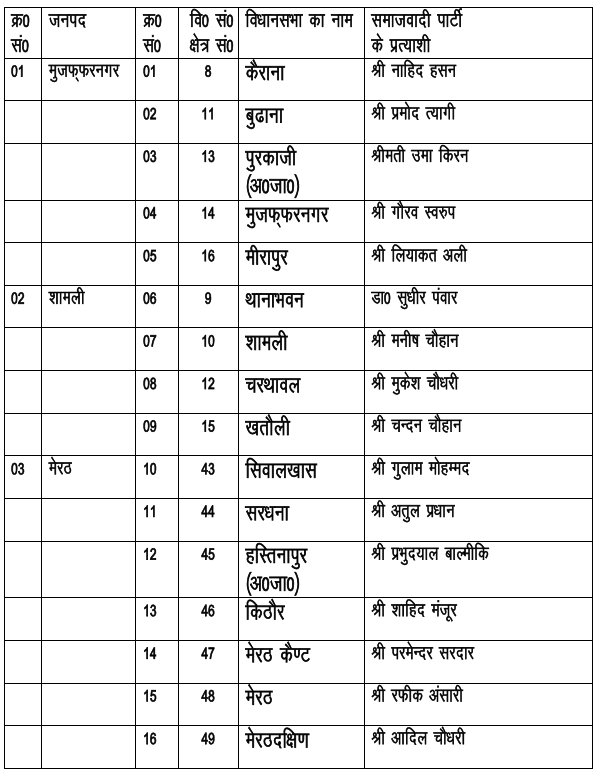 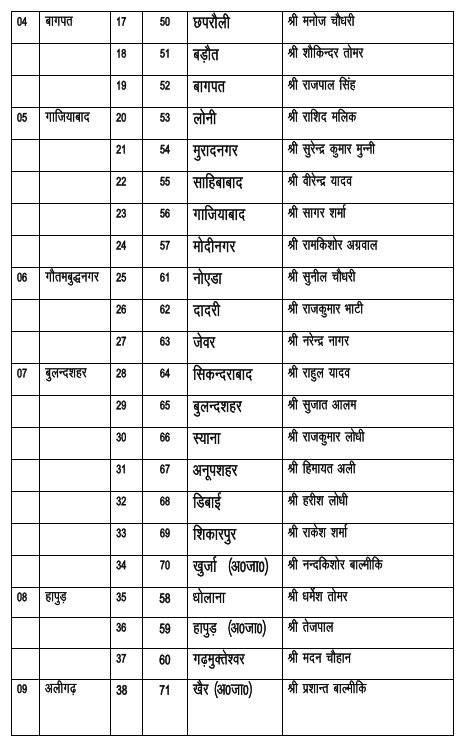 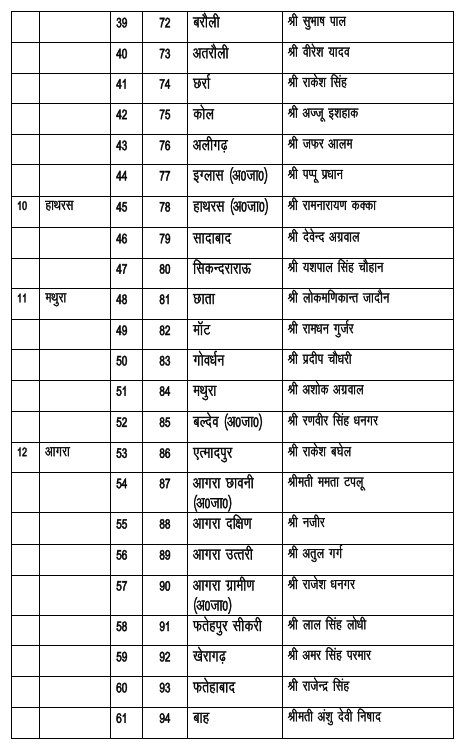 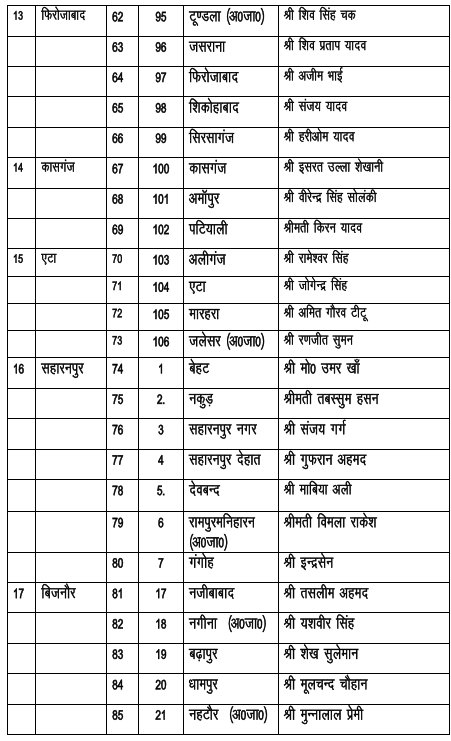 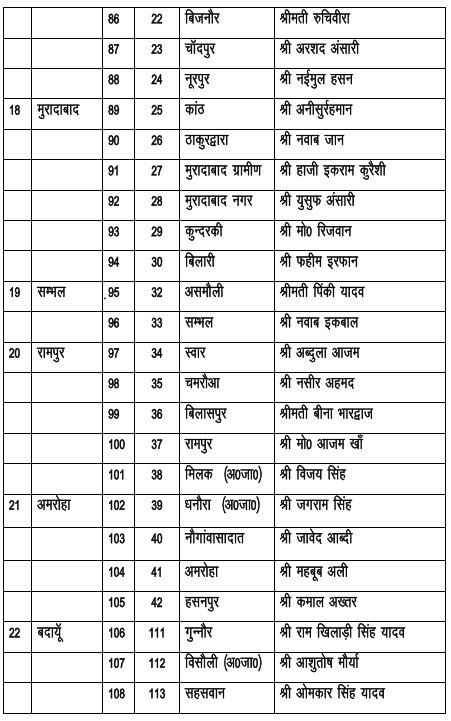 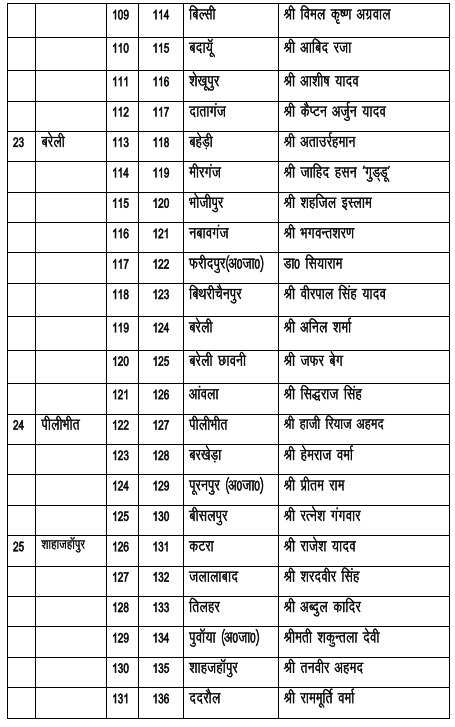 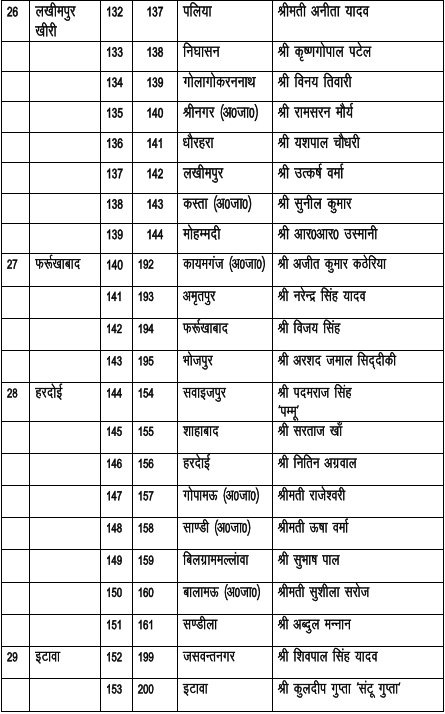 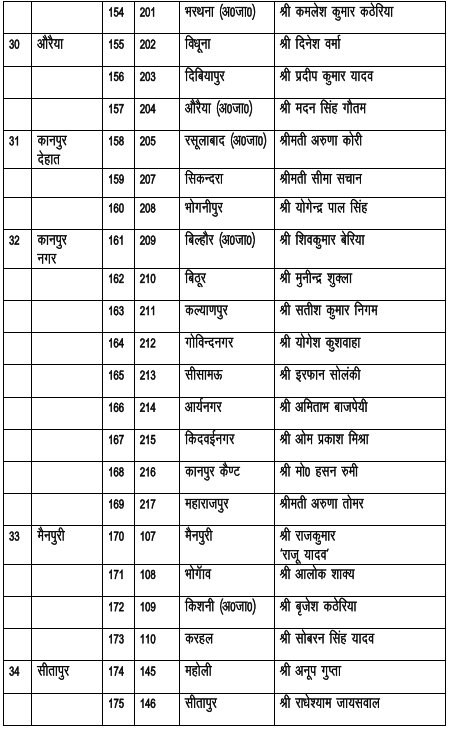 The Previous list which were declared earlier and are below mentioned have no meaning now with new list coming up after all family saga ended.

29th Dec: Akhilesh Releases parallel list of 235 candidates with 171 sitting MLAs many of whom were ignored by Mulayam singh List. And has refrained from listing candidates for Congress seats.

28thDec: Mulayam Singh Yadav on Wednesday announced a list of 325 candidates for the upcoming assembly elections in Uttar Pradesh and said remaining 78 candidates will be announced soon as the discussion about the names is still going on.

25thDec:Akhilesh ignored uncle Shivpal Yadav's list and prepared his own list of 403 candidatesfor UP polls and gave a list of candidates to his father and party supreme Mulayam Singh Yadav. Shivpal cried foul and said name of 175 candidates were already finalised and Mulayam didn't accept Akhilesh's list.