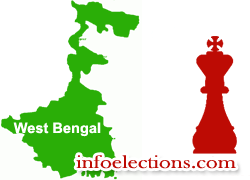 8 phase polling in West Bengal on

Counting of votes for all five assembly elections on May 2: EC

The opinion poll published by ABP news along with CVoter shows that BJP is winning 102 seats up from 3 seats in won in 2016 and Mamta Banerjee led TMC would be crossing the magic figure of 148 and may win 158 seats in 2021 elections.