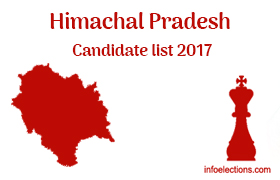 The Election Commission of India on Thursday said that elections will be held on November 9 and counting will be done on December 18 for 68 Member Assembly as the term of current Legislative Assembly ends on 7 January 2018.

INC Congress has declared its first candidate list of 59 candidates for the Elections on 9th November. 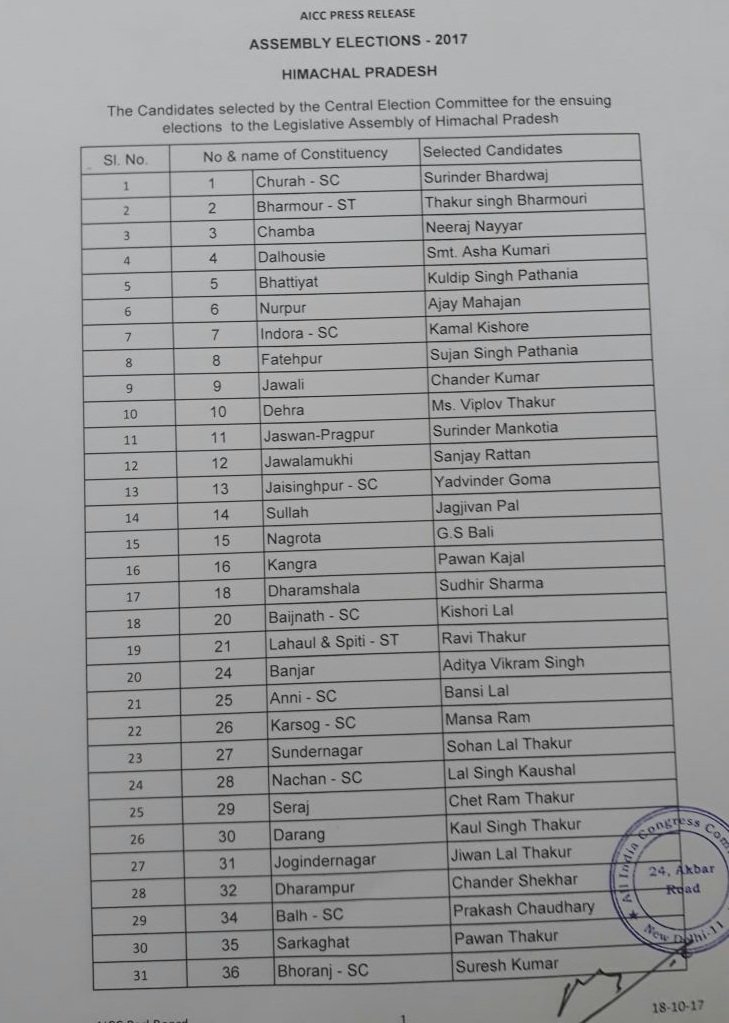 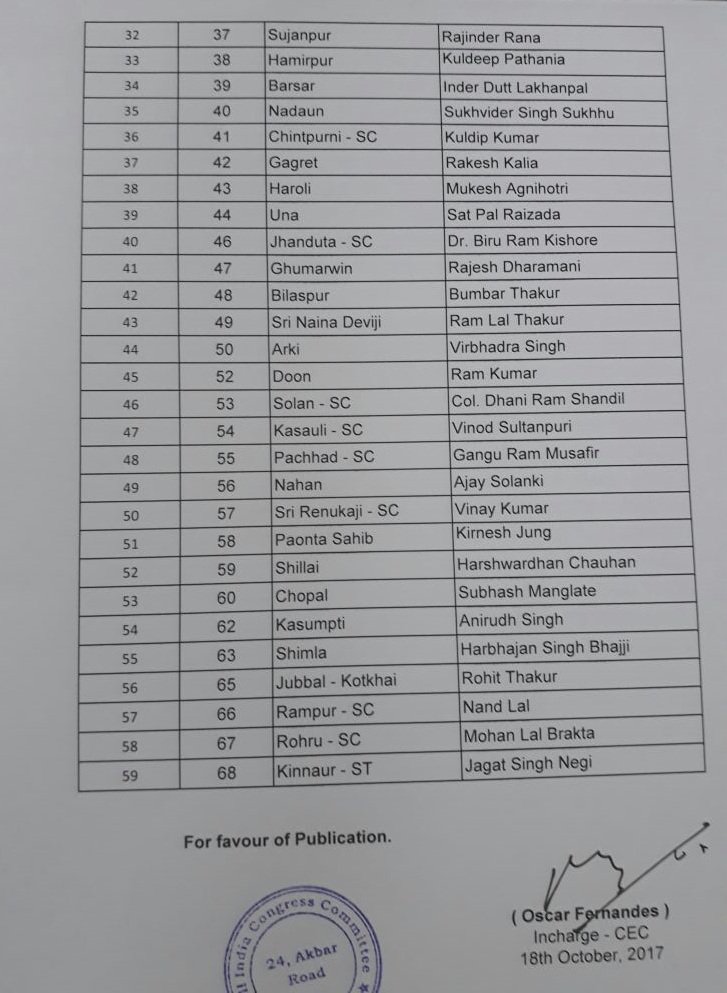