Elections are heating up in UP for the year 2017 which is scheduled to be held in 2017 May. The term of the present government will end in May 2017. Although there is news that the elections might be preponed for November - December 2016. 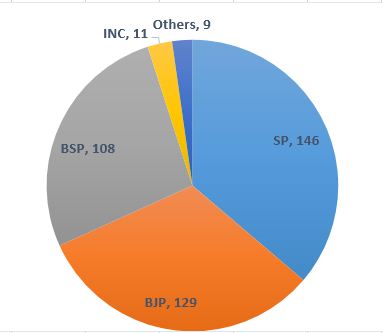 Akhilesh yadav govt rated highly on having increased pace of development ;it is rated poorly on hooliganism , crime & coruption.

Mayawati's govt still seen as being slightly better than akhilesh's

No excitement about Priyanka Gandhi yet; many refused to answer question on whether she should lead cong in UP.

Only 7% dalits aware of Rohith Vemula the incident