Himachal Pradesh literally "Snow-laden Region" is a state in North India. Its area is 55,673 km2 (21,495 sq mi), and is bordered by Jammu and Kashmir on the north, Punjab on the west, Haryana on the south-west, Uttarakhand on the south-east and by the Tibet Autonomous Region on the east.

Hima means snow in Sanskrit, and the literal meaning of the state’s name is in the lap of the Himalayas. It was named by Acharya Diwakar Datt Sharma, one of the most eminent Sanskrit scholars of Himachal Pradesh. 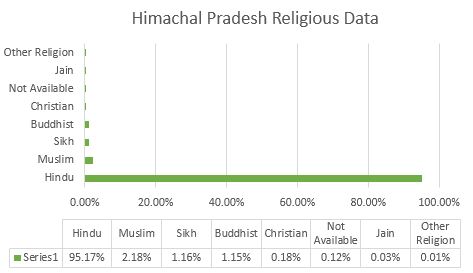