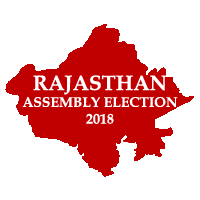 Following Congress’ win in the Ramgarh elections, Rajasthan Chief Minister Ashok Gehlot said the result would encourage the party ahead of the Lok Sabha polls. He said “I am happy that people took a well-meditated step. They have taken the right decision. I thank them and express my gratitude.

Rajasthan has a 200-member assembly but polling in Ramgarh was postponed following the death of the Bahujan Samaj Party (BSP) candidate Laxman Singh.

According to the schedule, polling was held in the constituency on January 28 from 8 am 5 pm. The candidate will be of the BSP only and the last date for filing nomination is January 10.

The polling for the rest of the 199 constituencies in the state took place on December 7 and counting was done on December 11.