Rajasthan "Land of Kings" is India's largest state by area (342,239 square kilometres (132,139 sq mi) or 10.4% of India's total area). It is located on the north-western side of the country, where it comprises most of the wide and inhospitable Thar Desert (also known as the "Rajasthan Desert" and "Great Indian Desert") and shares a border with the Pakistani provinces of Punjab to the northwest and Sindh to the west, along the Sutlej-Indus river valley. 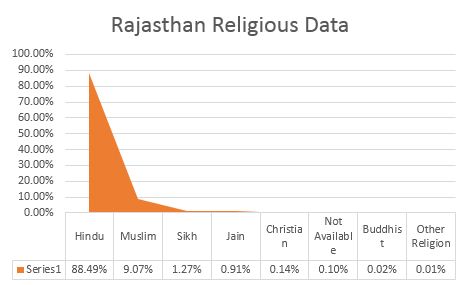