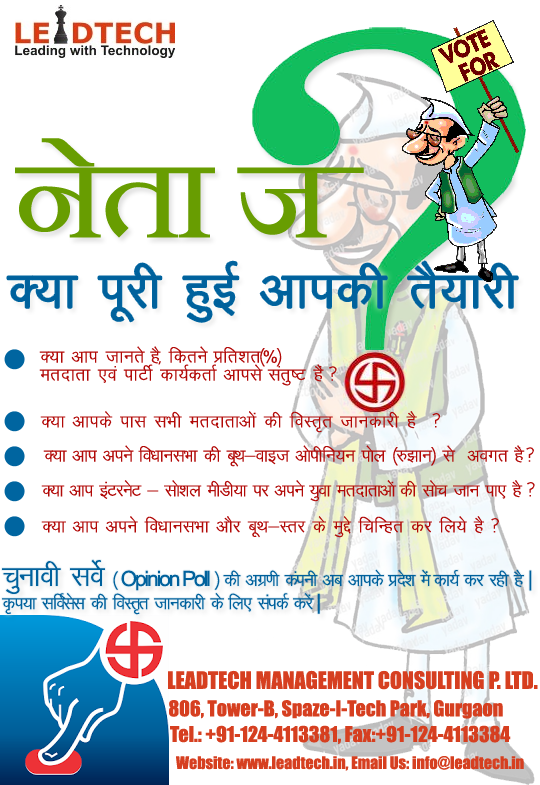 The fourteenth legislative assembly election will be held in 2017 to elect members of the 182 constituencies in Gujarat. The tenure of Gujarat assembly ends on 22 Jan 2018. In Last Term, Elections were held in two phases, the first on 13 December and second on 17 December 2012. This year also the Elections might take place in November-December 2017

Team: Our team consists of graduates and post-graduates from IIT Bombay for the software development, and analytical work, post-graduates and PhDs. to manage the political, social and economic research work, post graduates from leading colleges of MCA to manage the database collected from the field, and data collection is done by the the people graduated from leading institutes of Mass Communication and Political Science. We have already served a number of leaders in Gujarat Assembly Elections 2012 and Lok Sabha Elections Gujarat 2014.

VDP Associates conducted an opinion poll of 1100 respondents in 14 constituencies of Gujarat. Poll was conducted between July 28th to August 3rd 2016 which shows BJP getting 47% votes. 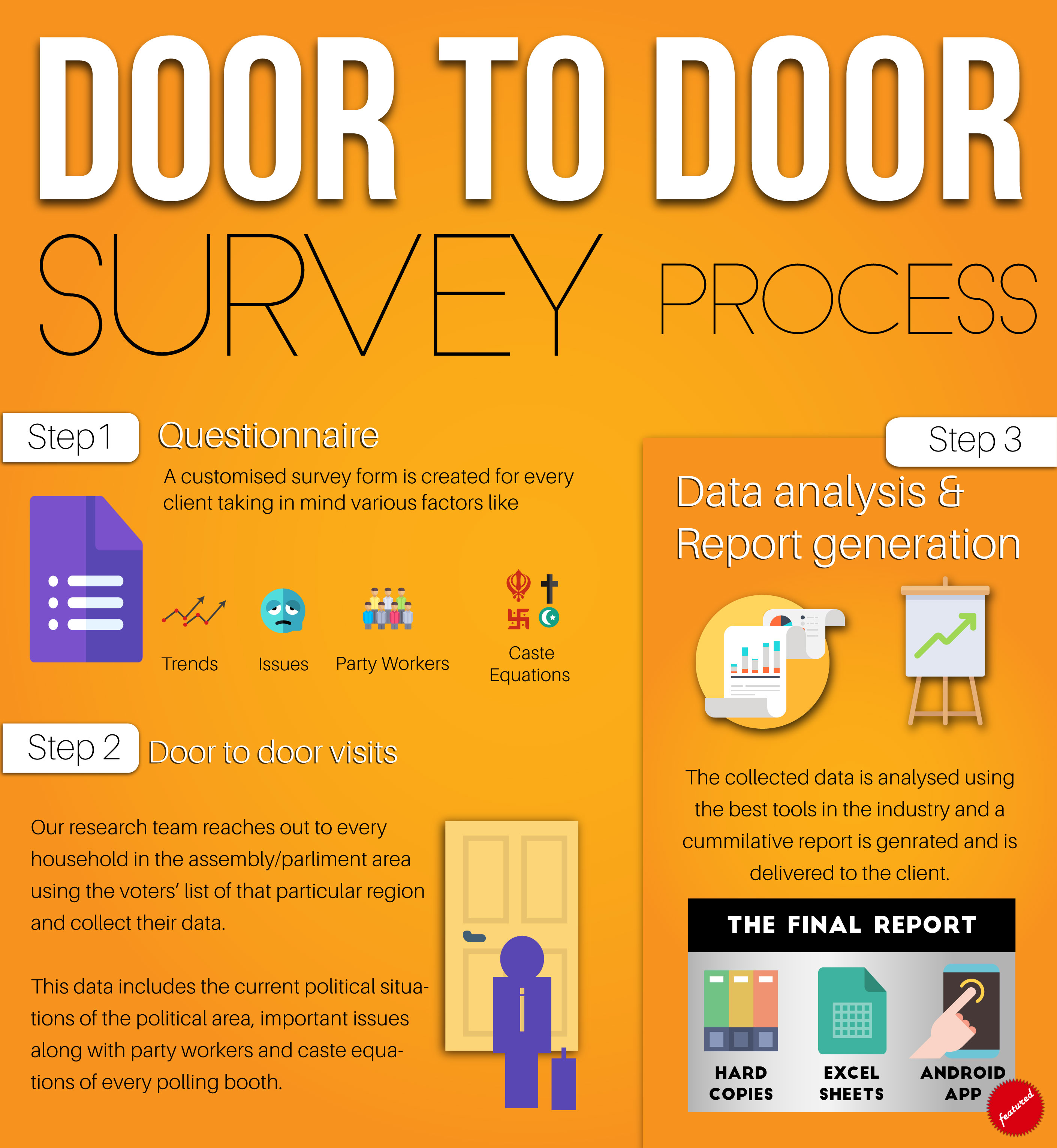 In Gujarat there are 182 Consituencies listed below. According to latest polls BJP is still ahead. We have a proper methodology based on which we can do Field Survey and provide expert political consulting to the contesting leader. 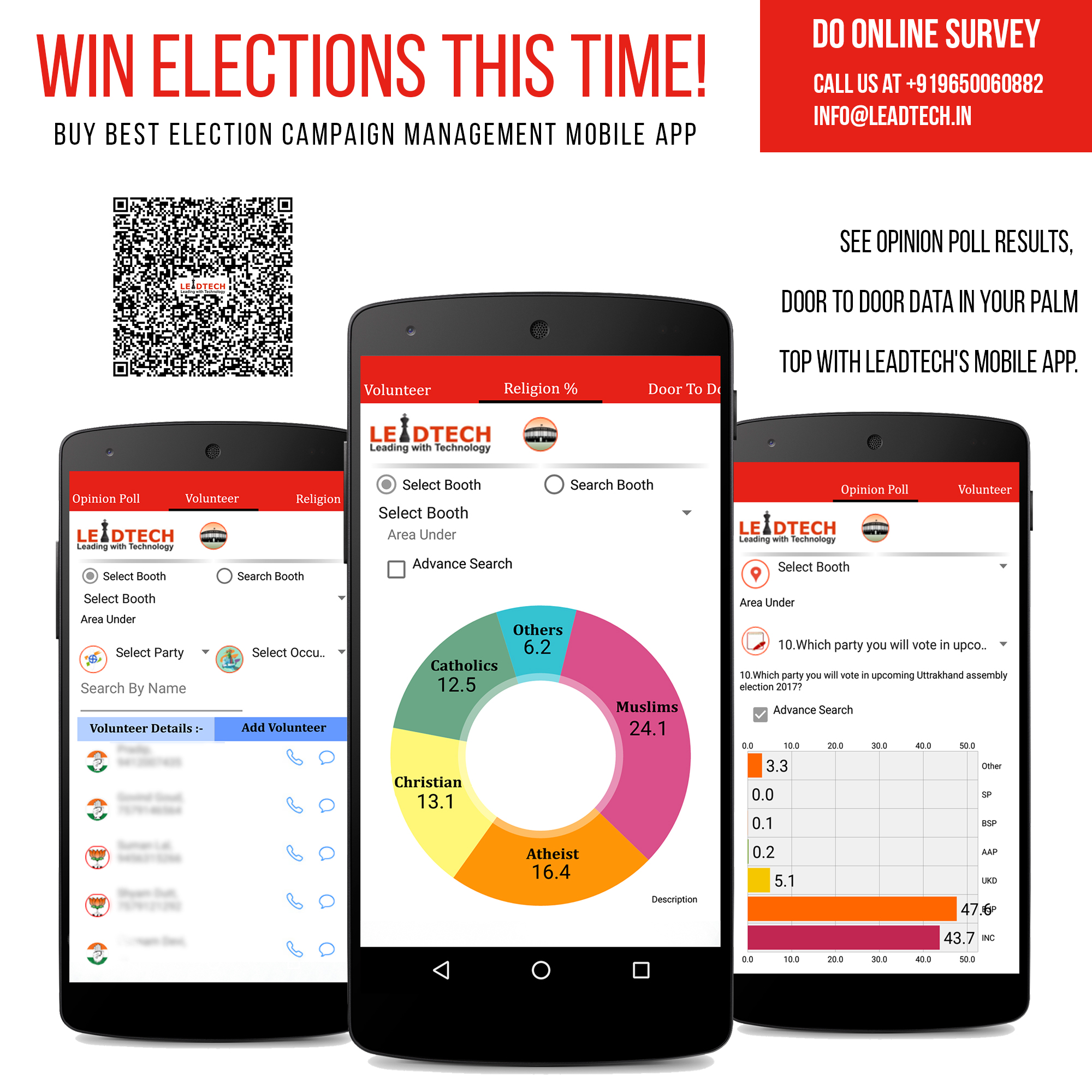 Various Political Survey Services and Consulting we provide are :-

Methodology: A field research will be carried out in the constituency at the Polling Booth level for Gujarat,

The questionnaire will focus on the following parameters:

2.Image of the Leaders.

3.Image of the Parties.

Analysis: The raw data from the field is compiled and a detailed research to correlate various factors will be conducted with respect to past election results. A comprehensive analysis will be carried out and focus areas will be shortlisted to be taken up further. This analysis will divide the booths in four groups, i.e., strong booths, weak booths, threatened booths, and opportune booths. A comparison between the strength of the individual vis a vis strength of the parties will also be done. In addition to the above analysis, the data gathered will be managed in software developed by Leadtech. This will enable the client to view the data collected through a user friendly graphical interface and come up with his own analysis and strategies.

Important points to be noted which can be done after this project:

ØThe data collected would be very precious during election

oTo manage the rally and party workers meetings, we can call our party workers with the help of phone numbers collected during survey which would be in database management software called “Voter Information Management System” alias VIMS

oCampaign management would be very easy during crucial period of elections since every detail is well managed in the software.

oYou can open a call center before 3 months of election to start the campaign (voter call center file attached here, explaining everything in detail).

ØThe software would be installed in the party office so that it may solve various purposes to manage day to day business of the leader.

ØWe can also start E-CAMPAIGN as soon as possible with the help of emails, websites, blogs and SMSes to influence those who are opinion makers.

In case of any clarifications, please feel free to contact us.

Call Us to get a quote and Servies we can Offer