Find list of Congress/INC candidates who are contesting in Gujarat Vidhan Sabha Election 2017 from the different assembly constituencies of Gujarat.

Also Read: Gujarat Election Dates 2017 . The counting will be done on December 18 for 182 Member Assembly.

Find list of INC Congress candidates who are contesting in Gujarat Vidhan Sabha Election 2017 from the different assembly constituencies of Gujarat. 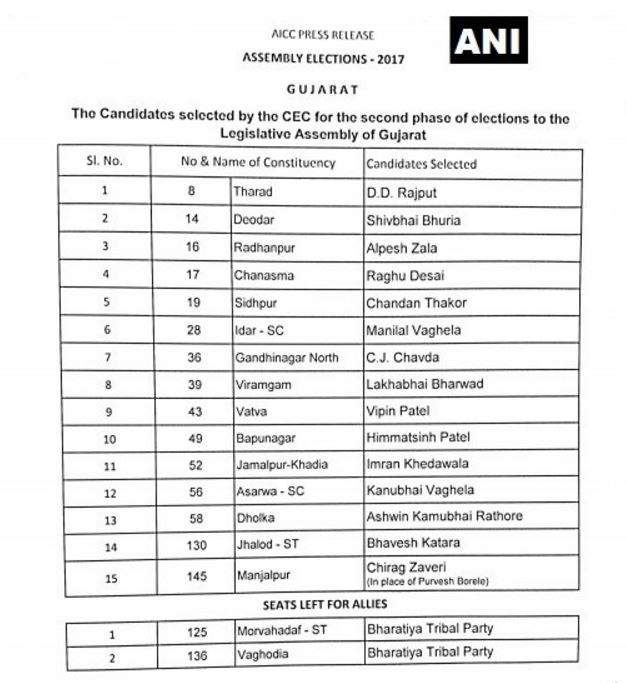 Congress INC released Fourth and final Candidate List of 14 candidates besides changing its candidate for Manjalpur constituency where Chirag Zaveri has been fielded in place of Purvesh Borela.

The Congress also kept two seats of Morvahadaf (ST) and Vaghodia for the Bharatiya Tribal Party, headed by former JD (U) MLA Chhotubhai Vasava, which has allied with the party. 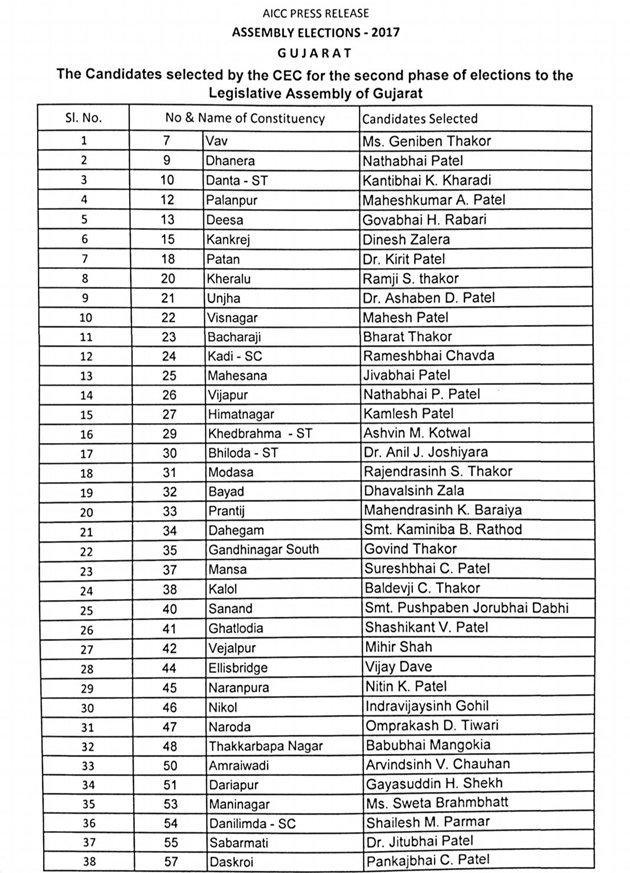 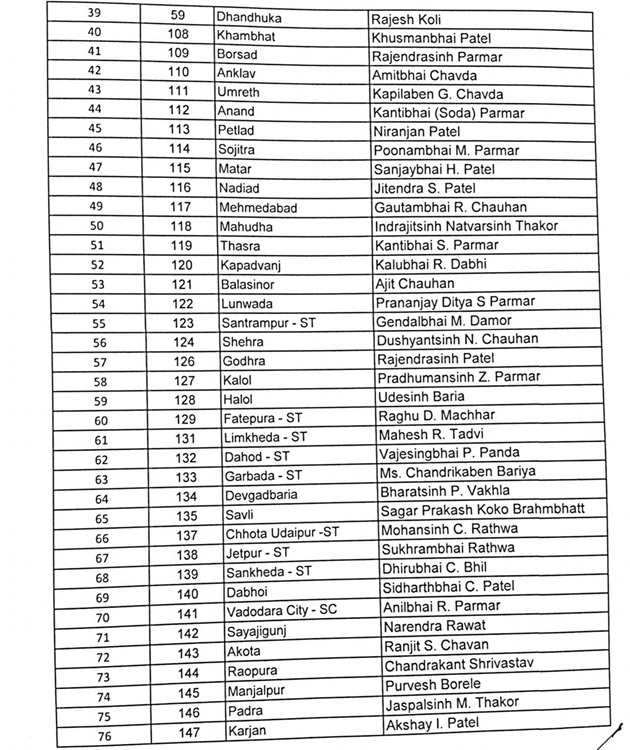 Senior Congress leaders Shaktisinh Gohil and Arjun Modhvadiya are on the list.

The list also has 23 Patidars. Gohil is contesting from Mandi and Modhvadiya from Porbandar.
The Congress, which has been out of power in the key western state for over 22 years now, has been trying hard to increase its tally in the state.

Congress is planning to form a pre poll alliance with the young Patidar leader Hardik Patel, who heads the Patidar Anamat Andolan Samiti (PAAS). Congress and PAAS on Sunday reached an agreement granting reservation to Patels if the former is voted to power in Gujarat.