The counting will be done on December 18 for 182 Member Assembly.

Find list of BJP candidates who are contesting in Gujarat Vidhan Sabha Election 2017 from the different assembly constituencies of Gujarat. From every constituency BJP has shortlisted 3 candidates for each assembly seat. 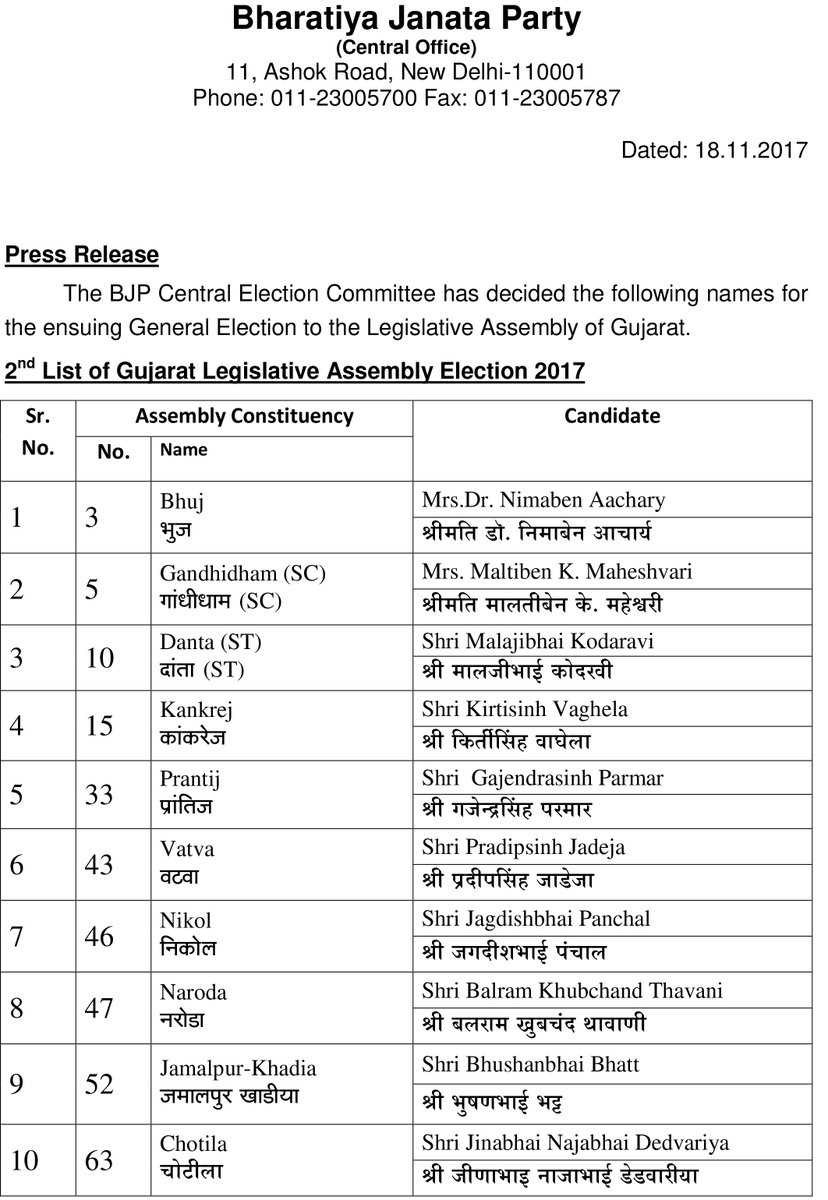 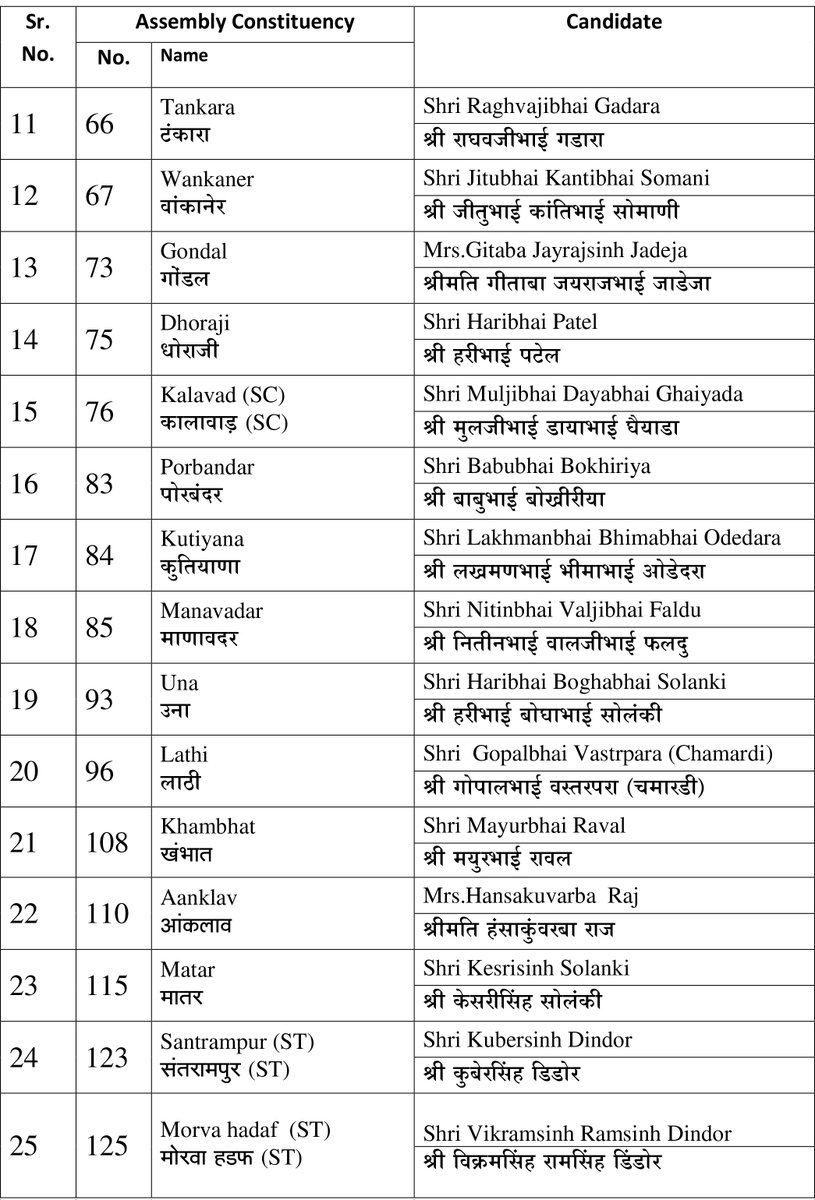 BJP leadership has finalized 145 candidates out of 182 assemblies but is not making it public to avoid rebels. Its main strategy is to break hardik patel supporters and surprise Congress.Incumbent
Chief Minister Vijay Rupani- Rajkot (West) seat,

BJP Would be declaring its first candidate list close to the elections. Voting for first phase is on 9th December and for Second phase is on 14th December 2017. Counting is on 18th December, so less than one month is left for Gujarat elections 2017 now.