Gujarat is a state in Western India, sometimes referred to as the "Jewel of Western India". It has an area of 196,024 km2 (75,685 sq mi) with a coastline of 1,600 km (990 mi), most of which lies on the Kathiawar peninsula, and a population in excess of 60 million. The state is bordered by Rajasthan to the north, Maharashtra to the south, Madhya Pradesh to the east, and the Arabian Sea and the Pakistani province of Sindh to the west. Its capital city is Gandhinagar, while its largest city is Ahmedabad. 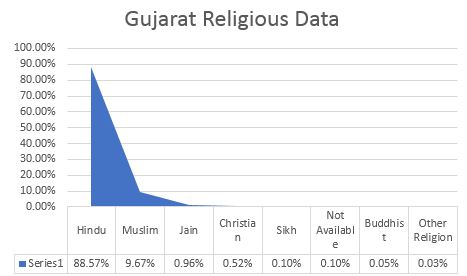