Sunil Yadav, the president of the Delhi unit of the Bharatiya Janata Yuva Morcha (BJYM), the BJP’s youth wing, has been pitted against Kejriwal in the high-stakes polls.

The Bharatiya Janata Party (BJP) has fielded Sunil Yadav to fight against chief minister and AAP leader Arvind Kejriwal from the New Delhi constituency in the assembly elections next month.

In a list released late on Monday, the opposition party in the national capital released the names of 10 candidates, including Sunil Yadav’s, for the Delhi assembly election 2020. 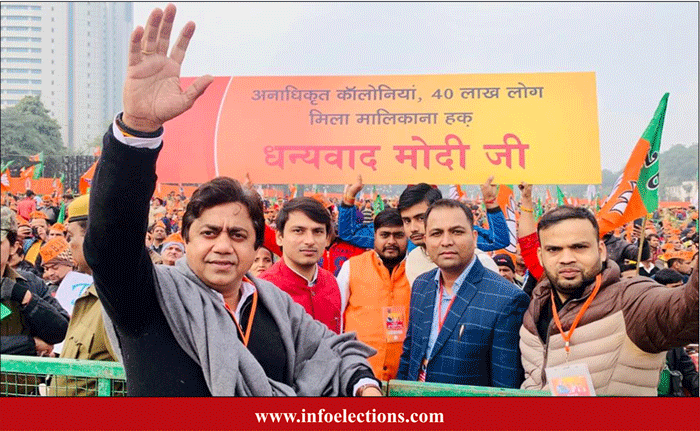 Sunil Yadav, the president of the Delhi unit of the Bharatiya Janata Yuva Morcha (BJYM), the BJP’s youth wing, has been pitted against Kejriwal in the high-stakes polls.

A lawyer, Yadav worked his way up the ranks as the district president and general secretary of the Yuva Morcha in Delhi.

Congress has nominated former president of National Students’ Union of India’s Delhi unit Romesh Sabharwal to fight against Kejriwal. It will be Romesh Sabharwal’s first major election in his 40-year-old political career.

The Arvind Kejriwal-led Aam Aadmi Party has already released all the names of its candidates who will contest the Delhi assembly polls 2020.

The BJP’s second list for the upcoming Delhi assembly elections also has the name of Tajinder Pal Bagga, who will contest from the Hari Nagar constituency against the ruling AAP’s Princess Dhillon.

The BJP in its first list, released on January 17, gave tickets to 20 new faces in the Delhi assembly polls among 57 candidates that it declared with sitting and several former members of legislative assembly (MLAs).

Among these 57 candidates, four are women and 11 belong to the Dalit community.

The BJP faces a tough battle in Delhi where it has been out of power for more than two decades. The party could win only three seats in the last assembly polls in 2015 with the AAP scoring a landslide victory with 67 seats.

The voting for the 70-member Delhi assembly will be held on February 8. The votes will be counted on February 11.