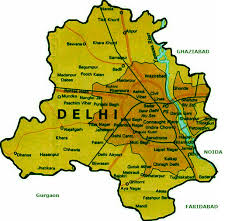 Results would be announced on 28th August 2017. Counting will start soon and the results would be updated as to who will be winning in the prestigious bawana by elections. The voter turout was extremely low.

AAP Candidate - Ramchandra who was earlier in BJP filed Papers.

INC Candidate - three-time Bawana MLA Surender Kumar. He was accompanied by Delhi Congress president Ajay Maken, who said that the party was confident as the AAP and the BJP had become “bankrupt” as they had both “borrowed candidates from each other”.

Earlier in MCD By Polls BJP Candidate Bram Prakesh had won. This by Poll had been necessated when AAP MLA Ved Prakash left the party and joined BJP.

Are you a Leader/Politican/ Aspirant: Get Election Campaign Management Done by Leadtech