In their first list of candidates, the NDPP listed 38 candidates. 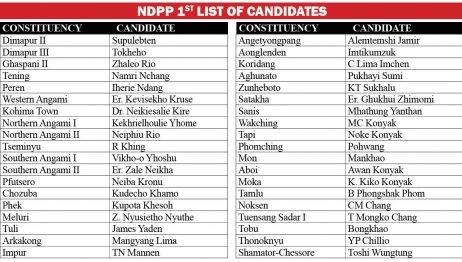