The voter turnout has been significantly low with only 40.59 percent polling recorded till 3.30 pm for the 70-member Delhi assembly. Stay updated with The Times of India to get all the live updates of Delhi assembly elections, constituency-wise poll percentage and more. 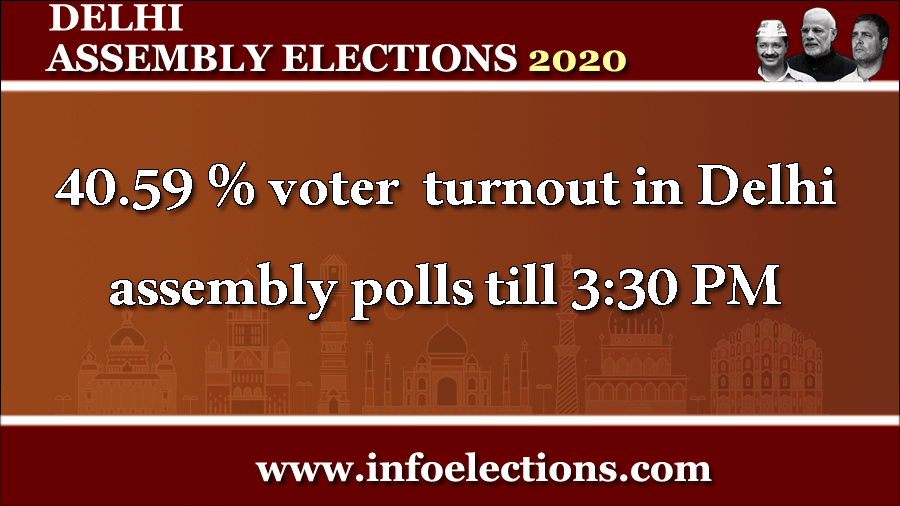 There were no jarring differences between voter turnout in one district versus another as opposed to the morning trends. However, the overall turnout remained abysmally low. North West Delhi reported the highest figures, while West Delhi had the lowest turnout. 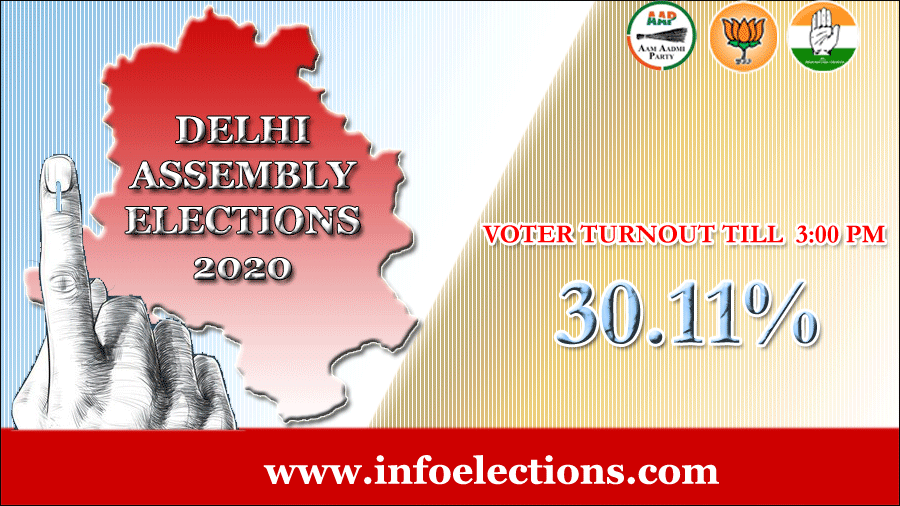 Mustafabad seat in North East Delhi has recorded the highest voter turnout so far, with 36.34 percent. The Jat-dominated Bijwasan, part of the South Delhi district has recorded the poorest turnout with 10.79 percent of votes.

The polling for the 70-member Delhi Assembly got underway on Saturday morning, an election that saw the ruling AAP, opposition BJP and the Congress engaged in a bitterly fought high-octane campaign. Over 1.47 crore people are eligible to exercise their franchise in the polls that will decide the fate of 672 candidates. Till 1 pm, only 17.82 percent of Delhi electors had cast their votes. 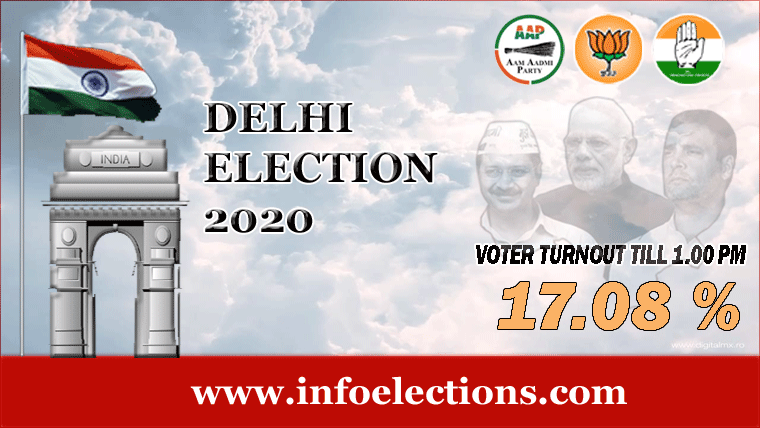 Voting for the assembly elections in Delhi is underway with people queuing up outside polling booths since early Saturday morning undeterred by the chilly weather. Till 11 am, over 14 percent of voters have exercised their right to vote, according to the Election Commission's provisional data.

Delhi reports over 4% turnout within the first hour of voting

The polling for the 70-member Delhi Assembly got underway on Saturday morning, an election that saw the ruling AAP, opposition BJP and the Congress engaged in a bitterly fought high-octane campaign. Over 1.47 crore people are eligible to exercise their franchise in the polls that will decide the fate of 672 candidates.
In the one hour since voting began, at least 4.34 percent of voters came out of their homes to exercise their franchise. The Election Commission has made elaborate arrangements to ensure people vote in large numbers. 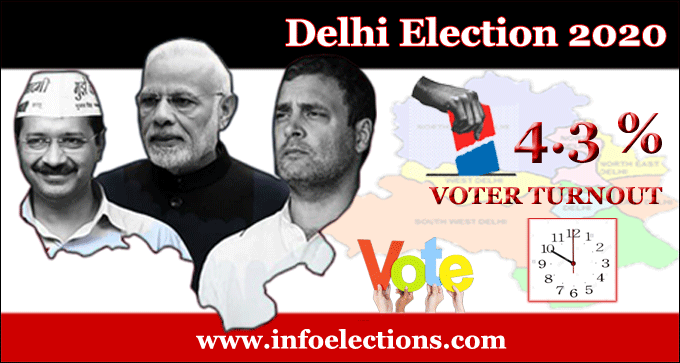 Click and get Exit poll of Delhi Assembly Elections 2020

As the elections are approaching the heat for Delhi election is also rising, where the major parties like AAP, BJP and Congress are in full swing and don’t want to leave any flaw in their campaign to win the seat.

Though every opinion poll conducted in Delhi indicates that AAP will retain their government in Delhi. However, BJP would be their toughest rival in upcoming days and position of INC is pretty weak like the past election. 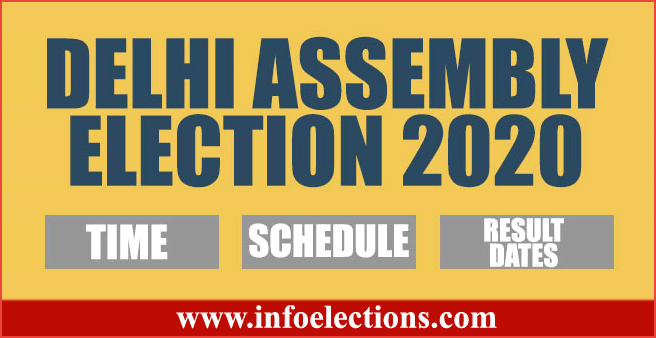 2020 Delhi polls will be a clash between Arvind Kejriwal’s governance & PM Modi’s nationalist pitch via CAA-NRC. Congress is hardly a factor.

However, strategist believes that BJP will play a strong game in upcoming days as union budget will be announced on 1st Feb 2020 that will polarize the voters in favour of BJP but still AAP will remain in firm position to retain their government in Delhi.

Delhi Chief Minister Arvind Kejriwal, who is running an aggressive campaign for the assembly elections next month, will hold several roadshows in the national capital where he is expected to highlight the achievements of his AamAadmi Party government in the last five years.

AAP has a to bear a loss on the seat as Preeti Tomar, wife of AAP leader and former state minister Jitendra Tomar to replace him as the candidate from Tri Nagar. Delhi High Court had cancelled MLA election of Jitendra Tomar over false information in the affidavit.

Delhi BJP chief Manoj Tiwari promised that the saffron party will install 60 smog towers if it forms the government.

He also asserted that the AAP government has failed and the people of Delhi are ready to support the saffron party with the slogan, “Bahut Ho Gaya Dilli Ka Nuksaan, Ab BJP KaregiIskaSamadhan”. The AAP led by Arvind Kejriwal has promised free bus services for students and 24-hour drinking water supply. The Chief Minister has guaranteed basic facilities for unauthorized colonies in the capital and to reduce air pollution by three times. He also claimed that none of the promises has been fulfilled by the CM he only betrayed the people of Delhi in the last 5 years.