New Delhi: The BJP's Central Election Committee (CEC) met on Thursday to finalize the party’s candidates for the Delhi Assembly polls. The list is likely to be announced on Friday.

Those at the meeting included Prime Minister Narendra Modi, party president Amit Shah, and Union ministers Rajnath Singh and Nitin Gadkari besides working President JP Nadda. They held consultation at the party headquarters here over the names of probable for the February 8 elections to the 70-member Delhi Assembly. 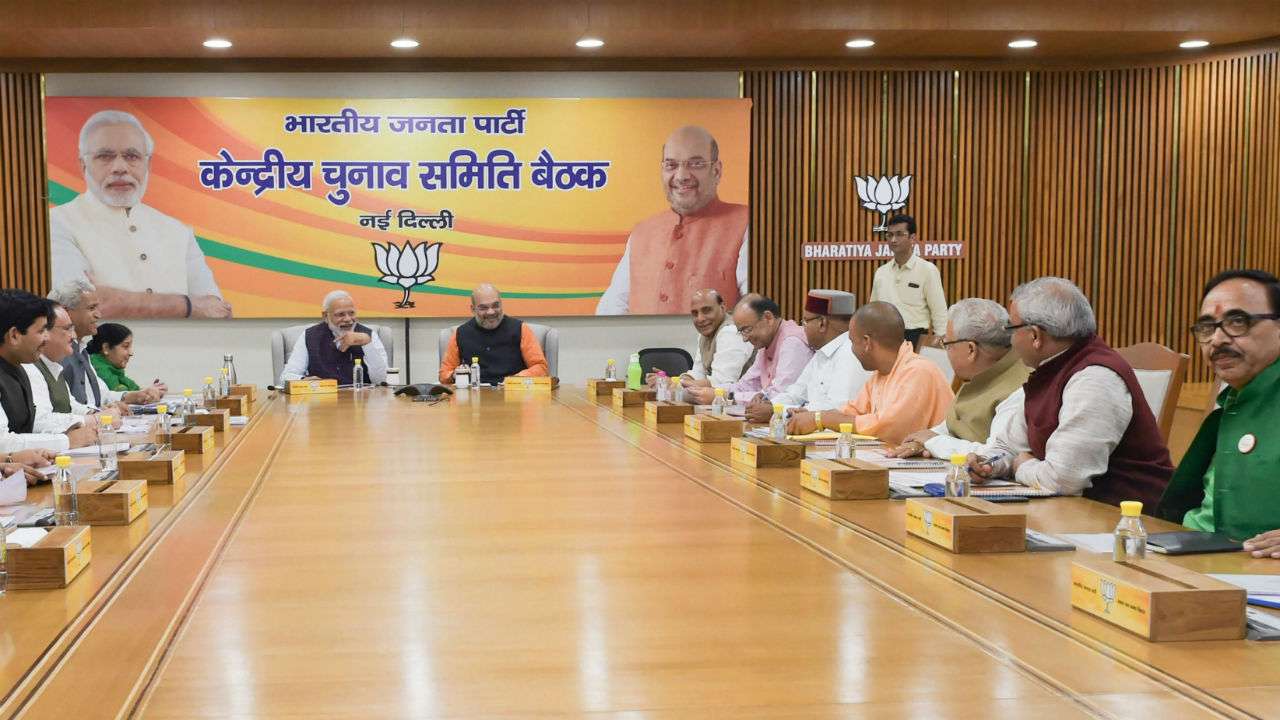 The meeting came days after the ruling Aam Aadmi Party (AAP) on Tuesday named all its candidates.

The BJP had won only three assembly seats in the previous assembly elections, while the AAP had won 67.

The elections will be a triangular contest, with the Congress the third major player as political watchers believe the BJP and Chief Minister Arvind Kejriwal-led AAP are likely to be the main rivals in most of the seats.

While Kejriwal is relying on populist schemes, like free electricity and water besides free ride for women in government-run buses and his work to boost education and health infrastructure, the BJP is planning to oust him from power on the Modi government's decision to grant ownership rights to people living in unauthorized colonies and planks like the Citizenship (Amendment) Act.

The saffron party has accused the AAP government of allegedly failing to fulfil most of its promises and has tried to corner it over violence during anti-CAA protests in the city.