People in the Philippines are voting for a new president and other leaders, with outspoken mayor Rodrigo "Digong" Duterte the favourite to win.

Who is getting elected?

In the Philippines, the president can serve only one six-year term. So this poll will choose a new one.On 9 May voters will cast their vote for outgoing President Benigno Aquino III's replacement. They will also vote for a vice-president, 12 senators and other representatives and local officials, such as mayors.

It's a huge election

More than 54 million people are registered to vote across the archipelago of 7,000 islands. 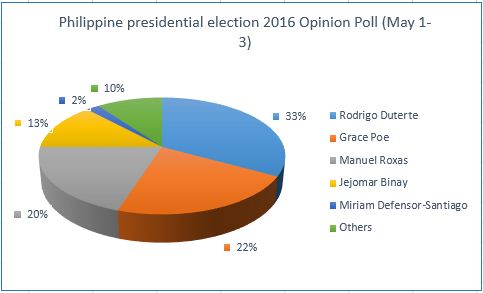 Voting technology (and its failings)

The election will use automated voting technology, in a bid to reduce fraud and speed up the count. But in one of the biggest data breaches the country had ever experienced, personal information, including the fingerprint and passport data of around 70 million people, is thought to have been accessed by hackers. Authorities insist most information was in the public domain anyway.