ShinzoAbe set to get third term as Japan PM: Reports 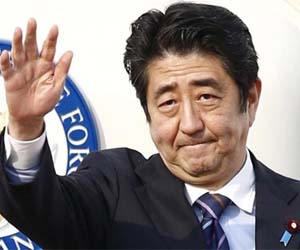 Voting for Japan's House of Representatives (the lower house) started at 7 a.m. Sunday at over 48,000 polling stations across the nation, with 1,191 candidates contesting, Xinhua reported. Abe called the snap elections last month and termed thes as a referendum on his two-year rule and his economic policies dubbed "Abenomics".

Voting closed at 8 p.m. and the counting of ballots was still on, reports said. The LDP-Komeito bloc is expected to win two-thirds of the seats in the lower house and the LDP alone could gain over 300 seats, according to exit polls.

The victory will give Prime Minister Abe a third turn as the country's leader till 2018. The House of Representatives in Japan is elected for a four-year term.