Sikkim is a landlocked state of India, the last to give up its monarchy and fully integrate into India, in 1975. Located in the Himalayan mountains, the state is bordered by Nepal to the west, China's Tibet Autonomous Region to the north and east, and Bhutan to the east. The Indian state of West Bengal lies to the south.

Sikkim is the least populous state in India and the second-smallest state after Goa in total area, covering approximately 7,096 km2 (2,740 sq mi). 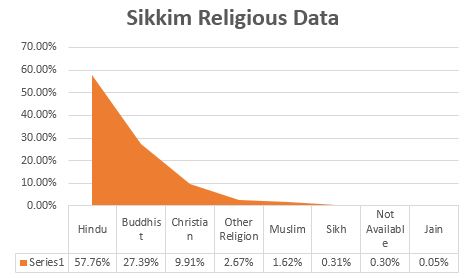