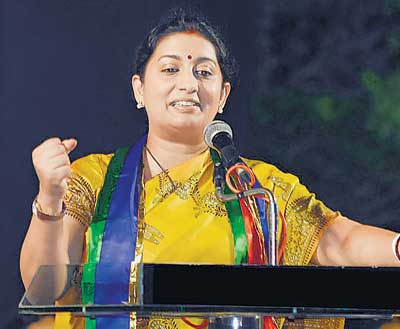 Human Resource Development Minister Smriti Irani herself has refused to comment on the controversy over her educational qualification. This after the Congress came down hard on Irani with Ajay Maken questioning how a 12th class pass-out can head the HRD ministry.