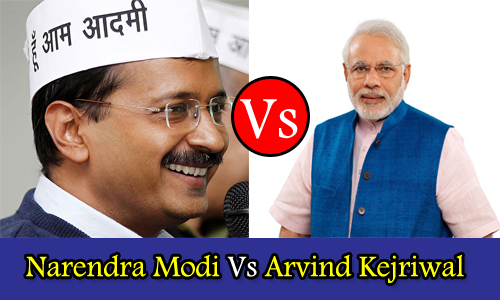 According to the poll conducted by India Today Group and Cicero, Modi's projected share of votes will place him far ahead of Ajay Rai of the Congress (15 per cent), Arvind Kejriwal of the Aam Aadmi Party (10 per cent), Kailash Nath Chaurasia of the Samajwadi Party (9 per cent) and Vijay Prakash Jaiswal of the Bahujan Samaj Party (7 per cent). Read More Modi will arrive at the Babatpur airport in Varanasi by noon on Thursday and will be taken to the Rohaniya rally venue in a chopper. He will then drive through the city to go to the party office where he will meet party workers.

As the BJP readied for Modi roadshow in Varanasi, AAP leader Arvind Kejriwal, contesting from the seat along with the BJP's PM candidate, targeted him in a series of tweets:  "I invite Mr Modi for an open discussion on a public platform. Let Kashi people ask straight questions from both of us.

If Modi wants to discuss vision of India he should accept Kejariwal's invitation for open debate.World should know whose vision is better!

Here is EC's Permission to Modi ji for Ganga Arti. Then why doesn't he just go and perform arti? Why politicise it?

It is unfortunate that EC is not concerned about the institution's neutrality & that is why our Karyakartas have to embark on a Satyagraha.

My profound apologies to Ganga Maa for not being able to perform Aarti today. Wish these people know that a Mother's love is above politics.

I appeal to my Karyakarta sisters & brothers to maintain peace & ensure that people do not face any difficulty.