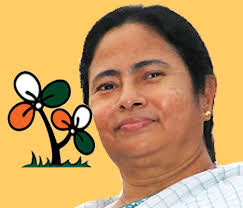 KOLKATA: Given the fact that Trinamool Congress is all set to contest 41 Lok Sabha seats in Bengal, it would need to field 14 more candidates than the 27 it had fielded in 2009 Lok Sabha polls. Not only 14 new faces, Trinamool Congress will nominate more first-timers. The first-timers' list includes yesteryear cinestars — and at least one from the present crop — physician, news anchor, academic, artist and even players. The list will also have battle-hardened politicians.

The backdrop isn't hard to understand. The defections in Diamond Harbour and Jadavpur Lok Sabha seats with Somen Mitra joining Congress and Kabir Suman severing his Trinamool ties, have reduced the list of sitting Trinamool Congress Lok Sabha MPs to 17. According to sources, Trinamool is taking a long hard look at this list.

The fate of few MPs such as Gobinda Naskar, Haji Nurul, Sucharu Haldar, Tapas Pal and Dinesh Trivedi has become uncertain. Sources claimed Saugata Roy (who won by a mere 2.1% votes in 2009) isn't keen to contest again from Dum Dum and has sought for a "change." These likely changes in the list of 17, in addition to 24 more Lok Sabha seats Trinamool intends to contest, will ensure a sizeable number of first timers in its candidate list.

Mamata is also keen on accommodating those candidates who lost the 2009 Lok Sabha polls by a slender margin. For instance, Trinamool candidate from Balurghat Biplab Mitra, who lost by only 5,000 votes, may be offered a ticket for the coming Lok Sabha polls. Apart from Mitra, two others - Dipak Kumar Ghosh in Midnapore (who lost by less than 5%) and Shantiram Mahato in Purulia (who also lost by around 5% votes) - may be given a chance to contest the polls.