Most pre-poll surveys are predicting a huge defeat for the ruling Congress in the coming Lok Sabha polls. They are projecting that the Congress may get less than 100 seats in the 2014 Lok Sabha polls. According to these surveys, the Congress is facing a near total decimation in Northern, Central, Western India and its performance may not be satisfactory in the Southern and Eastern India. 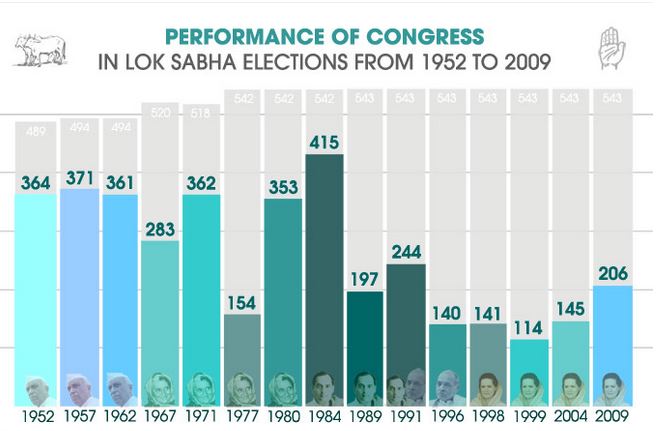 According to the Election Commission of India (ECI) data, country is going to have a record number of almost 15 crore (149.36 million) first time voters this time. The ECI predicts that the total number of first time voters is likely to swell by May 2014 to about 16 crore. Pre-poll surveys claim that these first time voters are unlikely to back the grand old party Congress.
Will the Congress be reduced to a double digit or will it be able to retain its position? Only the time will tell.