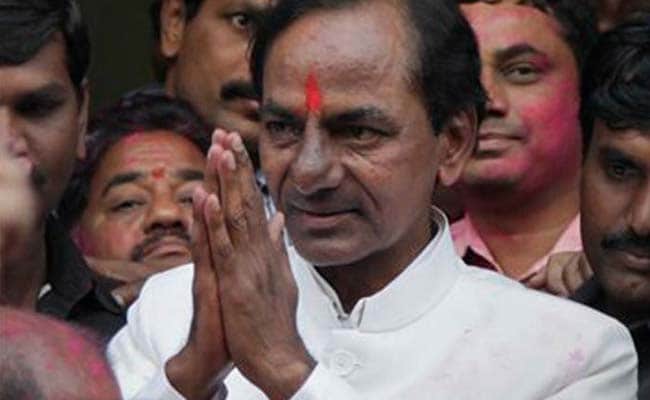 K Chandrasekhar Rao is ready to recommend the dissolution of the House with the aim of a club the state elections with Madhya Pradesh, Rajasthan, Chhattisgarh and Mizoram.

HYDERABAD: Former Chief Election Commissioner TS Krishnamurthy said today that there is a good possibility to consider setting up Telangana assembly elections with four appropriate states where the elections are due in the case of dissolution of the House at the end of this year.

There is heightened speculation in political circles that Chief Minister K Chandrasekhar Rao is all set to recommend dissolution of the House, with an aim to club the state elections with that of Madhya Pradesh, Rajasthan, Chhattisgarh and Mizoram, due in November-December.

A meeting of the state Cabinet has been convened for tomorrow where it may consider adopting a resolution recommending dissolution of the House.

Assembly elections are originally scheduled to be held along with the Lok Sabha polls in April-May next year, but the chief minister is keen on "uncoupling' the two polls, seeing it as an advantage for the ruling Telangana Rashtra Samithi.

"If they (Telangana government) dissolve it (the Assembly) round about the time (before the Election Commission announces poll schedule for the four states) they are going to bunch it," he said.

But if it's one or two days before the announcement, it may be difficult for them (Election Commission) but they will consider, the former chief election commissioner said.

Generally, the intention is to bunch as far as possible, it's easy for them, he added. However, he said the election schedule depends on "ground realities" in Telangana.

"If there are special difficulties, they may not be able to do. It depends on local conditions," Mr Krishnamurthy said.

"If it's around the time (before the announcement of poll schedule in the four states), they will certainly bunch it," he said.

According to him, electoral rolls are prepared as on January one.

Normally, the rolls hold good but if the Election Commission feels there is a need for a special drive to "weed out or include" names, they can do it by giving a window of 15 days or three weeks, he said.