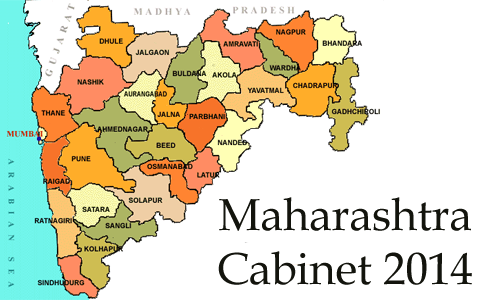 Mumbai: A day after Shiv Sena decided to "patch up" with former ally and join the Bharatiya Janata Party (BJP) government in Maharashtra, Chief Minister Devendra Fadnavis is all set to carry out a cabinet expansion on Friday, ahead of the crucial Winter Session which is scheduled to begin in Nagpur on December 8.

This is the first instance in Maharashtra where an opposition party is going to join the ruling party in an alliance government. The swearing-in ceremony will be held at the Vidhan Bhawan premises at 4 pm, in which 10 minister of Shiv Sena and 10 ministers of BJP will be sworn in. Also Read:For Cabinet ministers list Click here..

Soon after the ministry expansion, Shiv Sena will formally become part of the BJP-led state government. Thus, Fadnavis government will no longer be in minority in the state assembly and will have a strength of 184 in the 287-member Assembly (one BJP legislator died soon after the poll results were announced in October). The BJP has a strength of 121 legislators and the Shiv Sena 63.

According to the new arrangement, the Shiv Sena will get five berths of cabinet ministers and seven of ministers of state, CM Devendra Fadnavis said, yesterday, at a joint media address by top leaders of the two parties here. “Nothing has been decided about the portfolios. The names and the portfolios distribution will be decided by Friday morning," Fadnavis had announced in Mumbai.

"It is the desire of the people of Maharashtra that BJP and Shiv Sena should be part of the government," Fadnavis had said addressing a joint press conference with senior Sena leaders on Thursday.

Not just Sena's participation in the government but overall alliance between BJP and Shiv Sena seems to have been revived as Fadnavis also announced the formation of a co-ordination committee which will decide how to co-operate in the upcoming municipal elections in Maharashtra.

Hoping that the Shiv Sena will sooner or later join the government, BJP had kept a sizeable berths vacant, which will now include 12 Sena ministers and another 8-10 ministers from the BJP soon after the cabinet expansion procedure is over. On the other hand, Shiv Sena leader Subhash Desai had said that the two parties had decided to come together again and run a stable government in the state as per the mandate of the people.

The two parties - allies for 25 years - split on September 25 after a bitter spat and fought the assembly elections separately. "The people voted against the Congress-Nationalist Congress Party (alliance). Our decision has been taken respecting the public sentiments in this context, and we have decided to form the alliance government," Fadnavis said, putting the lid on over two months of speculation whether the two parties would unite.

Desai added: "We will strive to provide a good government and are confident that we will live up to the people's mandate." According to reports, the expansion will bring relief to the government as it readies for its first full-fledged winter session of the legislature that starts Monday in Nagpur, the state's second capital.

With Sena now set to join the government, Chief Minister Devendra Fadnavis can breathe easy during the winter session of legislature, beginning in Nagpur on December 8. A decision on including other smaller alliance partners in the cabinet would be taken in due course, Fadnavis said.