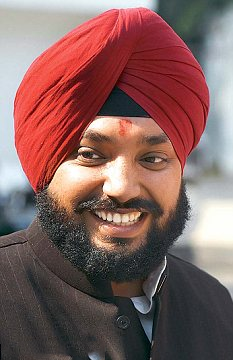 Arvinder Singh Lovely is an Indian politician, who was the Minister for Education, Tourism, Languages, Gurudwara election & Gurudwara Administration in the cabinet of the elected Indian National Congress (INC) Government which was headed by Mrs. Sheila Dikshit. Arvinder Singh Lovely was born in Ludhiana, Punjab, to Balvinder Singh. He pursued his graduation from SGTB Khalsa College, University of Delhi in Political Science. He was elected to the Students' Union of the college.

He was also elected as the General Secretary, Delhi Pradesh Youth Congress in the year 1990, followed by the General Secretary of the National Student Union of India during 1992-1996. He was elected to the Delhi Legislative Assembly for the first time in 1998, where he was the youngest MLA. Subsequently in 2000, he was appointed General Secretary, Delhi Pradesh Congress Committee (DPCC) and President, East District Congress Committee (I). He was made a Minister in the cabinet in 2003. He was the Education, Tourism, Languages, Gurudwara Administration, in the Council of Ministers, Govt. of Delhi.

He has never lost an election since he was elected for the first time in 1998. He won again in Delhi Legislative Assembly election, 2013 consecutively for the fourth time from Gandhi Nagar constituency.