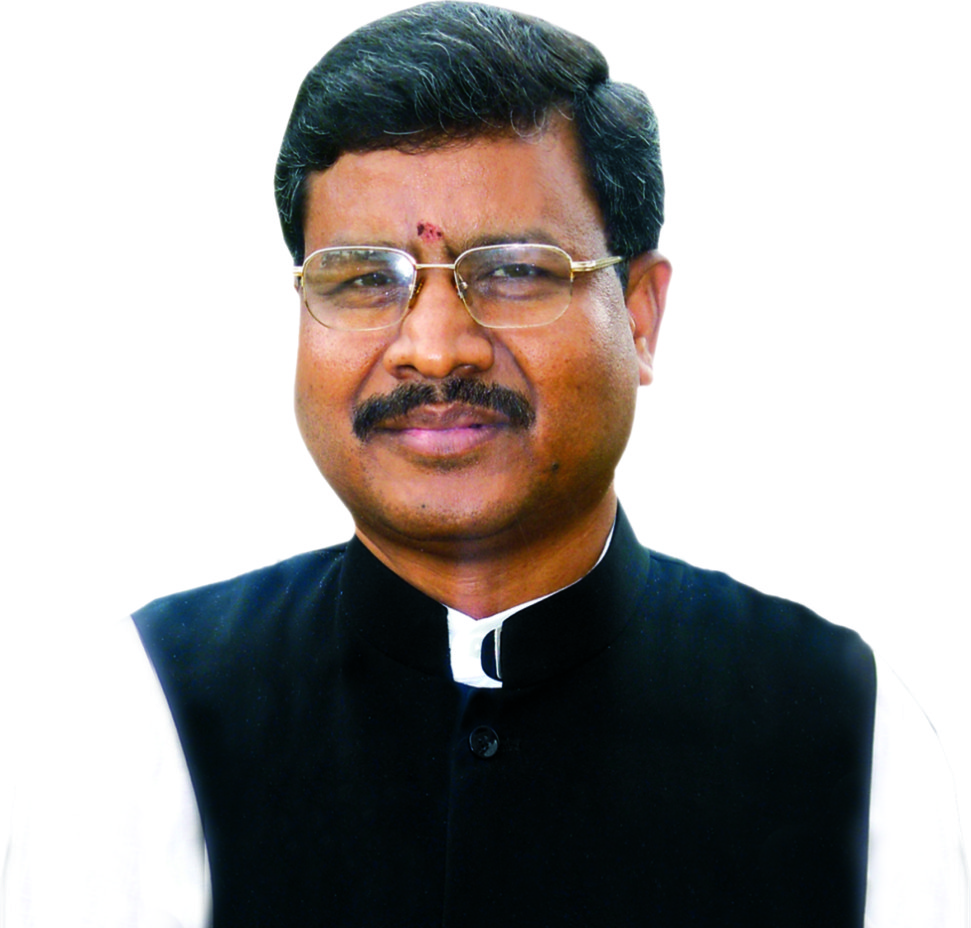 Babu Lal Marandi (born 11 January 1958) was the first Chief Minister of Jharkhand. He is the founder and national president of Jharkhand Vikas Morcha (Prajatantrik). He is the Member of Parliament from Koderma Lok Sabha constituency. He was the Minister of State, Forests & Environment, Govt. of India in the Atal Bihari Vajpayee government.

Babulal Marandi is married to Shanti Devi. His younger son Anup Marandi was killed in a Naxal attack at Chilkhadia village in Jharkhand's Giridih district on 27 October 2007.

In 1991, the BJP gave him the ticket to contest from the Dumka (reserved) Lok Sabha seat, but he lost. In 1996, he lost to Shibu Soren by just 5,000 odd votes. The BJP, in the meantime, made him president of the party's Jharkhand unit. It was under Marandi's leadership that the party won 12 out of 14 Lok Sabha seats in Jharkhand region in the 1998 election. Marandi, a Santal, led the tally by defeating Jharkhand Mukti Morcha supremo Shibu Soren, another Santhal. The victory gave an immense boost to Marandi's profile and he was included in the Union Council of Ministers, one of four ministers from Bihar.

After the bifurcation of Bihar in 2000, NDA came to power in Jharkhand with Marandi as the Chief Minister. Political analysts believe that this government kick started many developmental schemes in the state - the most visible being, improvement of the road network in the state. He also put forward the idea to develop Greater Ranchi to reduce the crowding in city. However, Marandi's tenure proved rather short-lived, as he had to resign and make way for Arjun Munda (BJP) for the post in 2003 following pressure exerted by coalition allies primarily JD(U).

Thereafter, he increasing moved away from political mainstage of Jharkhand irrespective of NDA being in power in Ranchi. In the 2004 Lok Sabha Elections, he contested from Koderma as a BJP candidate. He won the seat while all the other sitting MPs of NDA from Jharkhand including union ministers Yashwant Sinha and Reeta Verma lost their respective seats. His differences with the state leadership continued to increase and he even started criticising the state government in public.

Marandi resigned from both Koderma LS seat and the primary membership of BJP in 2006 and floated a new political outfit named Jharkhand Vikas Morcha. He was followed by 5 MLAs of BJP. In the subsequent by-elections for the Koderma seat, he contested as an independent candidate and emerged victorious.

Marandi, who was the incumbent MP from Koderma, contested the elections on JVM ticket in 2009 general election, and retained the seat. But in the Modi wave of 2014, Marandi's party failed to win any seat in the state as BJP won 12 out of 14 seats; from Koderma, BJP's Ravindra Kumar Ray was elected to Lok Sabha.