Mayawati for Telangana creation demands division of UP, Maharashtra 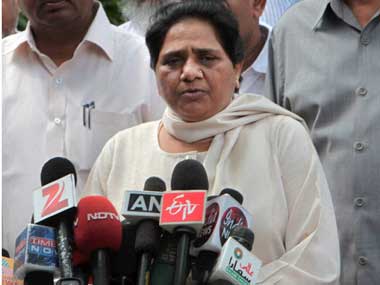 5.46 pm: CPI opposes bifurcation of Andhra Pradesh, Sitaram Yechury says in Rajya Sabha that his party is opposed to Telangana.
5.38 pm: Mayawati in Rajya Sabha on Telangana Bill: "Telangana should have been created long back as it is a very old demand. Other bigger states should also have been divided. Uttar Pradesh should be divided into four new states. Vidarbha should also be created out of Maharashtra."