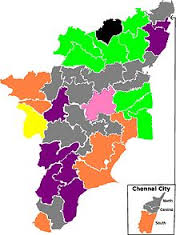 Chennai/Puducherry: Seventy three percent of the 5.50 crore electorate in Tamil Nadu cast their votes in 39 Lok Sabha constituencies in the single-phase voting today which passed off by and large peacefully. The voting percentage of 73 percent is marginally higher compared to 72.98 percent polled in the 2009 elections. The neighboring union territory of Puducherry also witnessed a record turnout of 83 per cent of 8.85 lakh electorate casting their votes for the lone seat as against the 79.85 percent in 2009 elections. Source : FirstPost.com