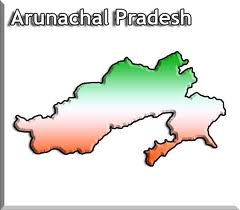 New Delhi: Elections to the 60-member Arunachal Pradesh assembly will be held along with Lok Sabha polls on April 9, the Election Commission announced tonight.

"Having considered all relevant factors, the Commission has decided that simultaneous election to the state legislative assembly for all 60 assembly constituencies of the state would be held along with the 16th Lok Sabha election," an EC order said late this evening.

The three Election Commissioners had met on Friday to discuss the issue.

The Arunachal Pradesh Governor had on Thursday announced the dissolution of the assembly after accepting the recommendation of the state cabinet which demanded holding of state elections.

Lok Sabha elections for the two seats in Arunachal Pradesh will also be held on April 9.

The tenure of the 60-member Arunachal assembly ends on November 4 this year.

The notification for the assembly polls will be announced on March 15 while nominations can be filed till March 22.

After scrutiny of papers on March 24, nominations can be withdrawn till March 26.

The Commission had on March 5 announced the schedule for elections to the 16th Lok Sabha and assemblies of Andhra Pradesh, Odisha and Sikkim.

Who will win in Bihar elections 2020?