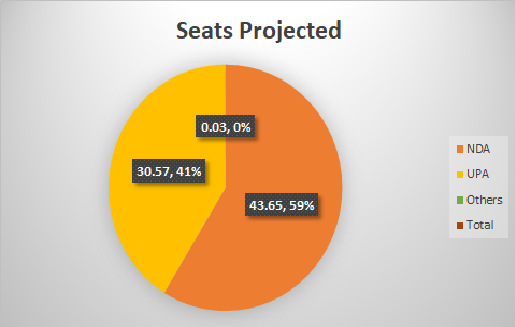 The staggering nature of NDA's loss can be understood from the fact that the Bharatiya Janata Party crossed the figure of 272 on its own in 2014.

The Mood of the Nation poll predicts massive wins for the Congress-led United Progressive Alliance (UPA). The UPA would win 166 seats while parties that are not part of either the NDA or the UPA would win 140 seats.