Madhya Pradesh meaning Central Province is a state in central India. Its capital is Bhopal, and the largest city is Indore. Nicknamed the "heart of India" due to its geographical location in India, Madhya Pradesh is the second-largest state in the country by area. With over 75 million inhabitants, it is the fifth-largest state in India by population. It borders the states of Uttar Pradesh to the north-east, Chhattisgarh to the south-east, Maharashtra to the south, Gujarat to the west, and Rajasthan to the northwest. Its total area is 308,245 km². 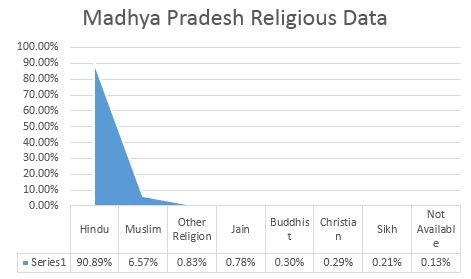