Jammu and Kashmir is a state in northern India, often denoted by the acronym J&K. It is located mostly in the Himalayan mountains, and shares borders with the states of Himachal Pradesh and Punjab to the south. Jammu and Kashmir has an international border with China in the north and east, and the Line of Control separates it from the Pakistan-controlled territories of Azad Kashmir and Gilgit-Baltistan in the west and northwest respectively. The state has special autonomy under Article 370 of the Constitution of India. 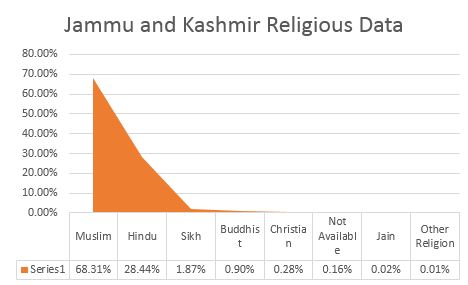