AAP’s first list of Lok Sabha candidates: All you need to know

AAP has not, however, announced any candidate in Rae Bareli, the pocket borough of Congress president Sonia Gandhi.

AAP spokesperson Sanjay SinghAAP has given ticket to former scribe Mukul Tripathi for Farukhabad seat in Uttar Pradesh, the constituency of another Union Minister Salman Khurshid.

Advocate H.S. Phoolka will contest from Ludhiana, currently held by I and B Minister Manish Tewari, while activist Hardev Singh has been given ticket in Mulayam Singh Yadav's stronghold Mainpuri. 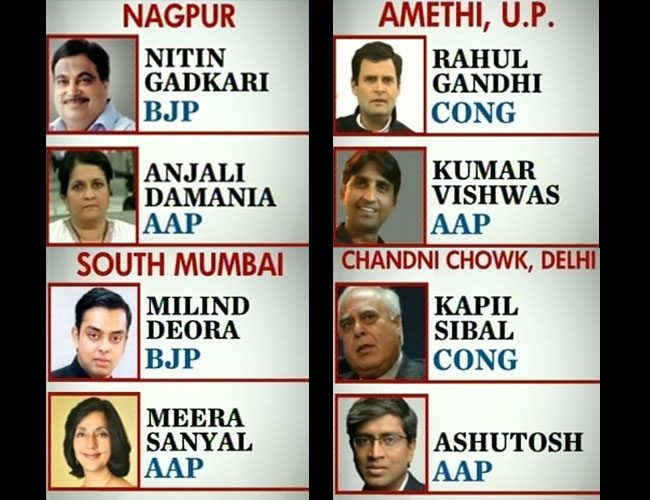 "Our main motto is to send honest people to Parliament. We do not want to send criminals, people with dynastic background. We will soon release the list of candidates for other seats," senior party leader Manish Sisodia told reporters here.

Social worker Patkar has been fielded from North East Mumbai, an NCP seat.