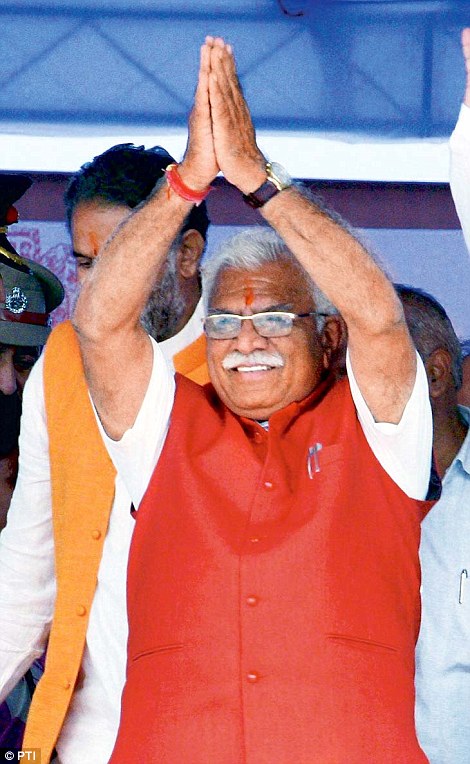 CHANDIGARH: Haryana CM ML Khattar may induct four Gujarat cadre IAS officers in his core team, signalling a major change with the advent of BJP government and snubbing the bureaucracy in the process as he gets set to replicate PM Modi's Gujarat model of development in the state. The file had been sent to DoPT under the Union ministry of personnel, officials said, without revealing the names of the officers.

They said two of these officers will be appointed as principal secretary, while the other two would be appointed as additional principal secretary to the CM. The officers may be given charge of Haryana Urban Development Authority, Town and Country Planning, and Excise and Taxation that courted a series of controversies under the previous Congress government. The only name from Haryana cadre doing the rounds for a key appointment is that of senior IAS officer Pradeep Kasni, who had refused to sign the appointment letters of commissioners appointed hurriedly by the then CM BS Hooda.