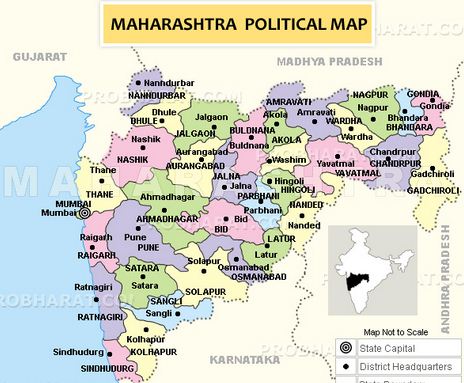 New Delhi: The ruling Congress-Nationalist Congress Party combine in Maharashtra is heading for trouble with the Bharatiya Janata Party-Shiv Sena alliance making a strong comeback. If Lok Sabha elections are held in January 2014, the Congress-NCP is likely to face a severe setback winning just 12-20 seats against 25-33 for the BJP-Shiv Sena alliance.

Other parties are expected to get 1-5 seats as per the seat projections provided by Chennai Mathematical Institute's Director Professor Rajeeva Karandikar. According to Lokniti-IBN National Tracker poll, the BJP-Shiv Sena alliance along with the Republican Party of India (Athvale) is likely to get 44 per cent votes as against 35 per cent for the Congress-NCP combine. The Maharashtra Navnirman Sena (MNS) led by Raj Thackeray is not expected to do well. It is projected to get just 2 per cent votes while 5 per cent respondents back the AAP, 4 per cent back the BSP and 10 per cent are favouring others. 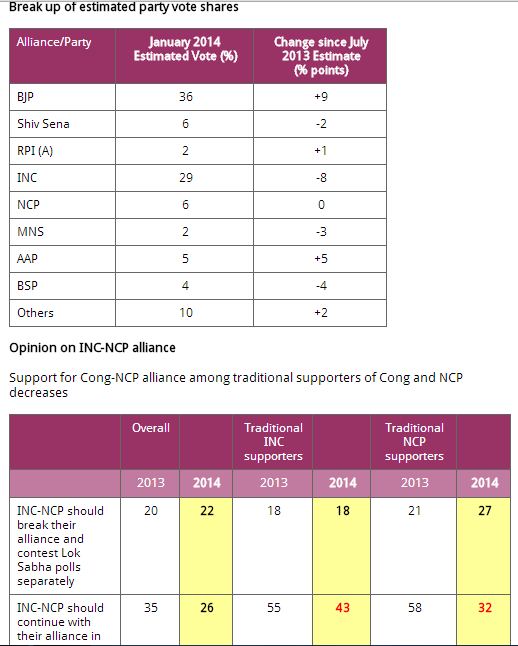