Prime Minister Narendra Modi may have been coming under opposition fire more often than before; he still catches the imagination of the population, ABP News-Nielsen survey has revealed. The survey has revealed that majority of the people of the country rate his performance as the prime minister of India above average. The electoral profile of the NDA alliance has also not taken much damage as the survey has found that they would form the government again if Lok Sabha elections were held today.

The survey pegs an impressive tally of 301 seats as against 339 seats they actually got in the Lok Sabha elections. UPA would improve its tally of 62 in 2014 elections massively with 108 seats. There Left would win 20 seats, almost doubling its number of seats. There would be a dip in the number of seats won by other parties.

The Bharatiya Janata Party’s vote share is expected to be 43 per cent if elections were held today. Indian National Congress will get 14 per cent of the votes. The Aam Aadmi Party will be third with a vote share of 4 per cent. 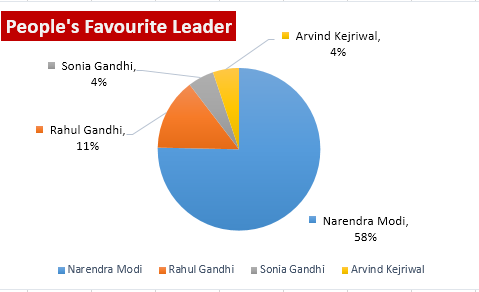 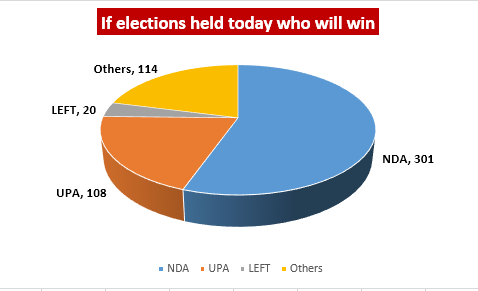 Performance of BJP led NDA government has been rated as above average, with 46 % of the respondents rating the performance as Very good or good.