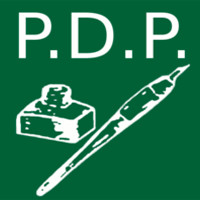 Srinagar/Jammu, (IANS) The PDP Wednesday gave enough hints that it was ready to form a coalition government in Jammu and Kashmir, while the BJP, the PDP's likely ally, said it will react formally Thursday. Peoples Democratic Party president Mehbooba Mufti told Governor N.N. Vohra that her party had the support of 55 legislators in the 87-seat hung assembly. Though she did not specify if the Bharatiya Janata Party (BJP), with 25 legislators, was supporting her, she made a pointed laudatory reference to former prime minister and ailing BJP leader Atal Bihari Vajpayee.

The PDP leader met the governor for about 90 minutes at Raj Bhavan in winter capital Jammu, official sources told IANS. Mehbooba Mufti later told the media: "We have the support of 55 MLAs. It is our intention that a stable government is formed to address the huge problems faced by the people in the state. "We want that the agenda of development and peace should be carried forward. We want Atal Bihari Vajpayee's peace process (with Pakistan) to be carried to its logical conclusion." Click here for Know about Your constituency MLA'S Name BJP general secretary Ram Madhav said: "We appreciate Mehbooba Mufiti's gesture through the media. We await a formal invitation to dialogue." Another BJP leader, Arun Gupta, said his party will react formally Thursday and added that no government will be possible in the state minus the BJP. The PDP and the BJP together command 53 legislators. The BJP won all its seats in the Hindu-majority Jammu region and the PDP won all but two seats in the overwhelmingly Muslim-majority Kashmir Valley. It was not clear which two other legislators propose to back the PDP-BJP government. The People's Conference of Sajjad Lone has two members in the house and he had met Prime Minister Narendra Modi. The National Conference, which was voted out, won 15 seats and the Congress, its estranged ally, has 12. Seven seats went to independents and smaller parties including two to Lone's party. Amid the political uncertainty that followed the hung verdict, the BJP held discussions with the National Conference but there was opposition to partnering with the BJP within the National Conference. Vohra sent separate letters to the PDP and the BJP for discussions on government formation.