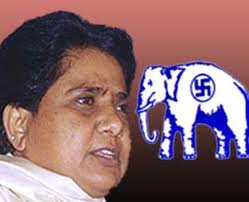 PATNA: Bahujan Samaj Party (BSP) will filed its candidates in all the 40 Lok Sabha constituencies in Bihar, said UP MLC and party's in charge for Bihar affairs Tilak Chandra Ahirwar while releasing a list of 28 party candidates here on Friday.

Dismissing as bunkum the pre-poll surveys which indicated fall in the BSP numbers in the Lok Sabha, Ahirwar said the party would fare better in 2014 election. He said Bihar has around 16% SC voters and, therefore, the party has good prospects in the state. He directed the candidates undertake door-to-door campaign to mobilize support for the party.