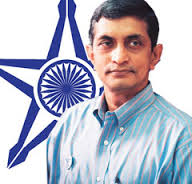 The Loksatta party has unveiled its strategy for the 2014 elections by declaring its first list of candidates and announcing a novel “suggest your candidate” drive.

A first of its kind in the country, this call to action cements Loksatta’s position as a party that is grounded in representative democracy.

"In contrast to other traditional parties that auction off tickets to the highest bidder, Loksatta truly walks the talk of a citizen-centric democracy by offering voters the opportunity to participate in identifying potential candidates to represent them in the legislature,” Loksatta chief Jayaprakash Narayana said.

We challenge them to put forth their candidates for public scrutiny and service,” he added.